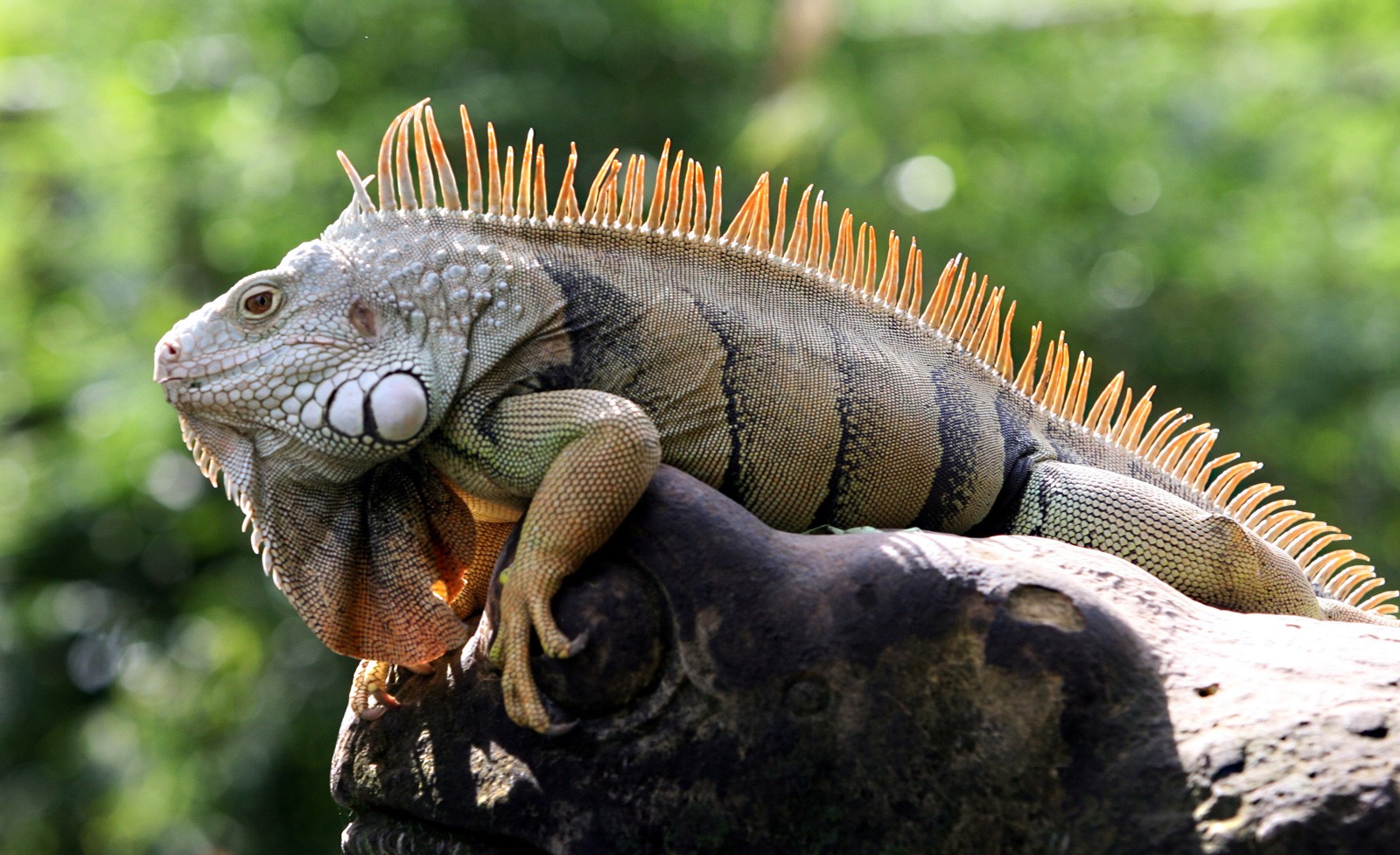 Skittering Into Symbolic Meaning of the Iguana

I have a very special connection to iguanas because I lived with several over my years. The symbolic meaning of iguana, overwhelmingly, deals with enjoying the simple things in life. The iguana is a reminder to take time to enjoy the sunshine, take a nap, or relish your favorite food. Iguanas are chill and very symbolic!

I have had the pleasure of parenting two iguanas. One named Chub (because he was a chubby mo-mo boy!) and Spike was my green iguana daughter.

My partner and I adopted Spike when she was only a few months old and six inches long. Spike grew 6 feet from tip to tail and she lived up to her 20th birthday.

Over the years, Spike was an effective (if not unorthodox) teacher.

Some of Spike the iguana’s finest lessons were:

The most notable symbolic meaning of iguana, to me, is contentment. I’ve spent countless hours observing Spike. Where some folks might see a lazy lizard lounging, I see a contemplative creature expressing infinite acceptance and contentment .

She’s never in a rush. There is no hurry in her world. Everything comes in due time. She’s okay with simply being. She’s just fine with the cycles of sunrise and sunset and these simple parameters of life sustain her well-being.

I really marvel at this kind of simple satisfaction. And, when I find myself in knots about some stupid thing or another, my mind harkens to that consistent level of well being Spike exudes.

The iguana (most lizards, actually) will come into our awareness when we need a reminder to just simply BE. They’ll ask us to quit fussing. Just be still. Bask in the magnificent order of our world (the sun rises and sets, the air we breathe is always there for us, the earth keeps a lovely orbit, the seasons all march to a beautiful, orderly beat in time).

Another symbolic meaning of iguana I’ve noticed is a subtle appreciation for all things. Spike loves Johnny Mathis – just swoons when she hears him (she also loves classical music of Wagner…who would have thunk it!?).

She loves her armpits scratched too. Hee hee!

How do I know she appreciates these things? Because her demeanor instantly changes when Johnny croons, and that itch is satisfied. Her color becomes more bright, her eyes twinkle, and I swear the corners of her mouth upturn in a smile. Her head even bobs a little when good music plays (I kid you not).

Yes, iguanas (at least mine) have the ability to appreciate the finer things in life – like good music, good food, and especially good basking spots. There’s nothing better than being warmed by a bright patch of sun after a good meal.

That’s a big lesson that goes hand-in-hand with contentment. Appreciating the simple lovelies we have in our life is perhaps the most substantial symbolic meaning of iguana can share.

If iguanas or lizards are coming into your awareness, it could be a clear sign to bask in the art of appreciation.

It really is an art form too. Many of us are trained to work, slave, do, do, do – it can be a real effort to stop and smell the roses . Iguana energy beckons us to value the beauty around us, envelope ourselves in a good book, get lost in a good meal, revel in ecstasy over a few spare moments to just relax.

And speaking of relaxing, another symbolic meaning of iguana deals with contemplation. Spike is always observing. My human mind believes she’s always suspending judgment about what she sees too.

She just observes and contemplates with youthful acceptance and peripheral curiosity. She seems to ruminate over every little thing for no other reason other than she can. From the birds that fly overhead, to the leaves that change color with the season – nothing is lost on her awareness. She drinks in her surroundings with an openness and marvels at the spectacles available for her contemplative pleasure.

Same holds true for us. The iguana encourages us to put ourselves in a mindset of utter wonder.

Give it a try. Look out into your wide, wide world with eyes of awe for what you observe. Suspend judgment, and just peer out as if everything were new, different and filled with magical potential.  It is a wicked-awesome way to look at life.

Practical Lessons From the Iguana

♦ Shed it! Iguanas shed their skin. They also drop bits of their toes or the tips of their tails without ever having a hitch in their giddyup. This reminds us to get rid of stuff in our lives we don’t need. Whether it’s a poisonous relationship, a toxic job, or just a bunch of junk laying around the house….shed it! Once you slough off the excess, you can move forward lighter, brighter and with more freedom.

♦ Open your third eye! I’m serious. We all have a ‘third eye.’ The iguana has a literal, physical third eye. It’s called a parietal eye. This eye is located on the top of their head, and perceives various shades of light and different shapes (like birds of prey flying overhead). This extra perception allows the iguana to be aware on a different level as if they have a third physical eye to rely upon. We humans have extra sensory perception too. The iguana reminds us to open up our psychic awareness, and view our surroundings on spiritual and soulful levels. By doing so, we are able to have a rich experience with life and solve problems more effectively.

♦ Play dead! Well, not really…but the iguana plays dead. When dumbstruck by tremendous shock or threat, the iguana just clocks out and goes completely limp. It appears dead, but it’s not. This is a great lesson for humans. Sometimes life slings some insanely wicked poop at us. Many of us (self included) put up our dukes and fight the good fight to win our battles. But you know what? Sometimes the best thing to do is just surrender. I’m not suggesting we give up when the chips are down. But when the iguana plays dead, the threat (like a predator or a cold snap) usually passes, and eureka! The iguana just pops up and skitters away – crisis averted! It’s the same with us. Sometimes laying low until the storm passes is the best tactic.

♦ Adjust or die! Okay, that’s pretty drastic, but it’s super-true for iguanas.  They are cold-blooded. Their bodies rely on their environment in order to stay alive. So, if it gets too cold, the iguana moves into the sun. Conversely, if it’s too hot, the iguana ambles to a nice shady spot. We as humans can learn from this behavior. The iguana reminds us to take action that serves our highest well-being.

I hope you have enjoyed this symbolic meaning of iguana page. And, I hope the lessons of Spike are as poignant and meaningful to you as they have been for me.

Take Away Tips About the Meaning of the Iguana

Flop, drop and roll with it.
When super-threatened, iguanas black out and go limp. They’re not dead – but they sure play the part well. This is a symbolic lesson. It reminds us that sometimes it’s best to just surrender and lay low in times of severe challenge.

Shake it off!
Iguanas, like Taylor Swift, can “Shake it off” They shed the stuff they don’t need. They slough off their skin when it’s time to grow. They don’t let a few amputations get in their way of moving forward either. Iguanas remind us to shed what doesn’t work and keep pushing on.

Third eye blind…NOT!
Iguanas have a ‘third eye’ it’s called a parietal eye. It helps them perceive their world in different ways than regular vision. This reminds us to use our own third eye, or psychic vision to see the world and solve problems.

If you are in contact with amphibian and reptile animal totems on any kind, tune into the message they are trying to convey to you. From frogs to snakes, this article has a whole list of reptile/amphibian meanings; get more here.

Within the human collective consciousness, dream lizards can be symbolic of many things. Check out this article about lizard meanings in dreams and reflect on them for your dream interpretations. Click here to learn about interpreting the meaning of lizards in dreams. 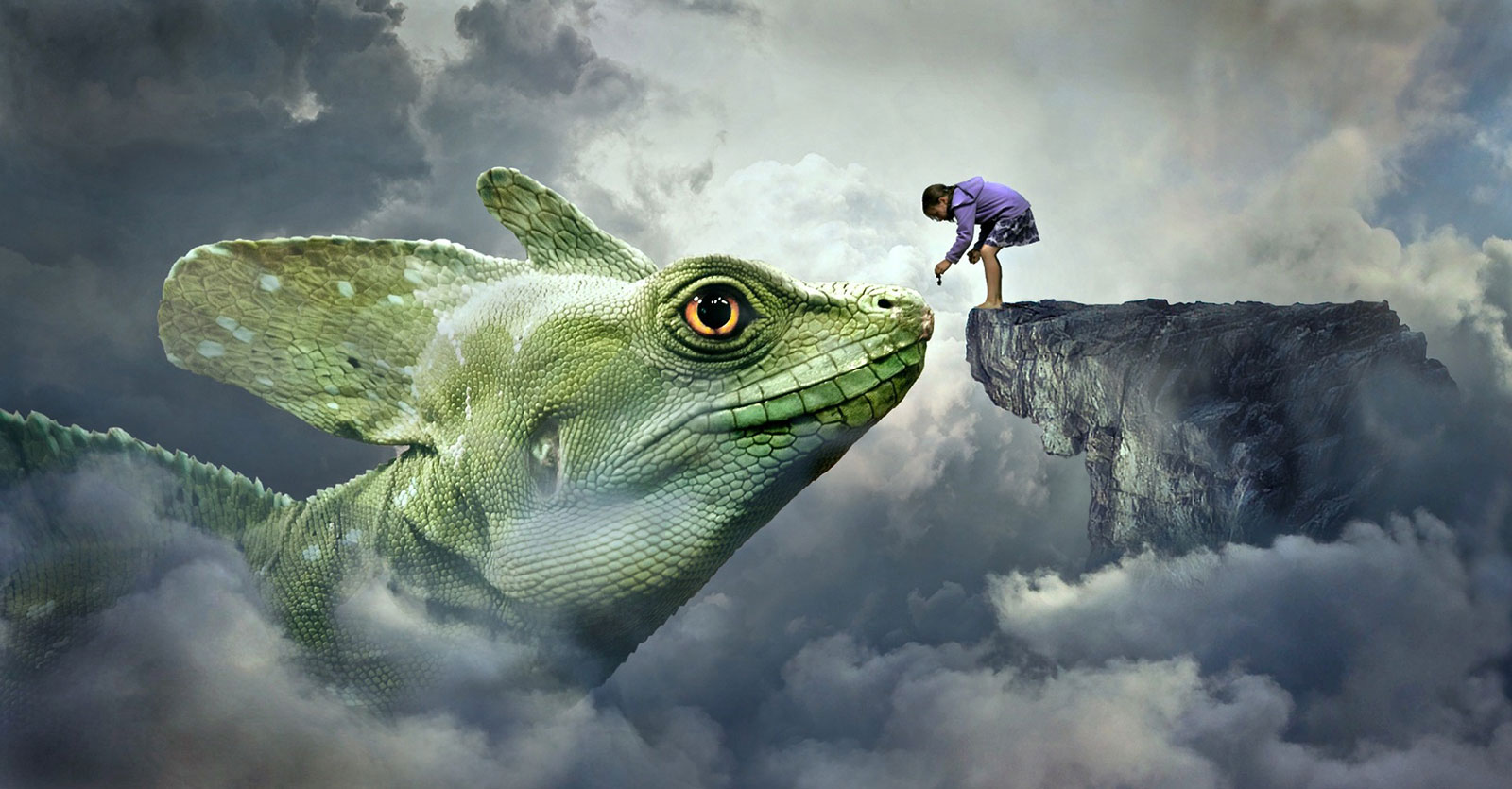 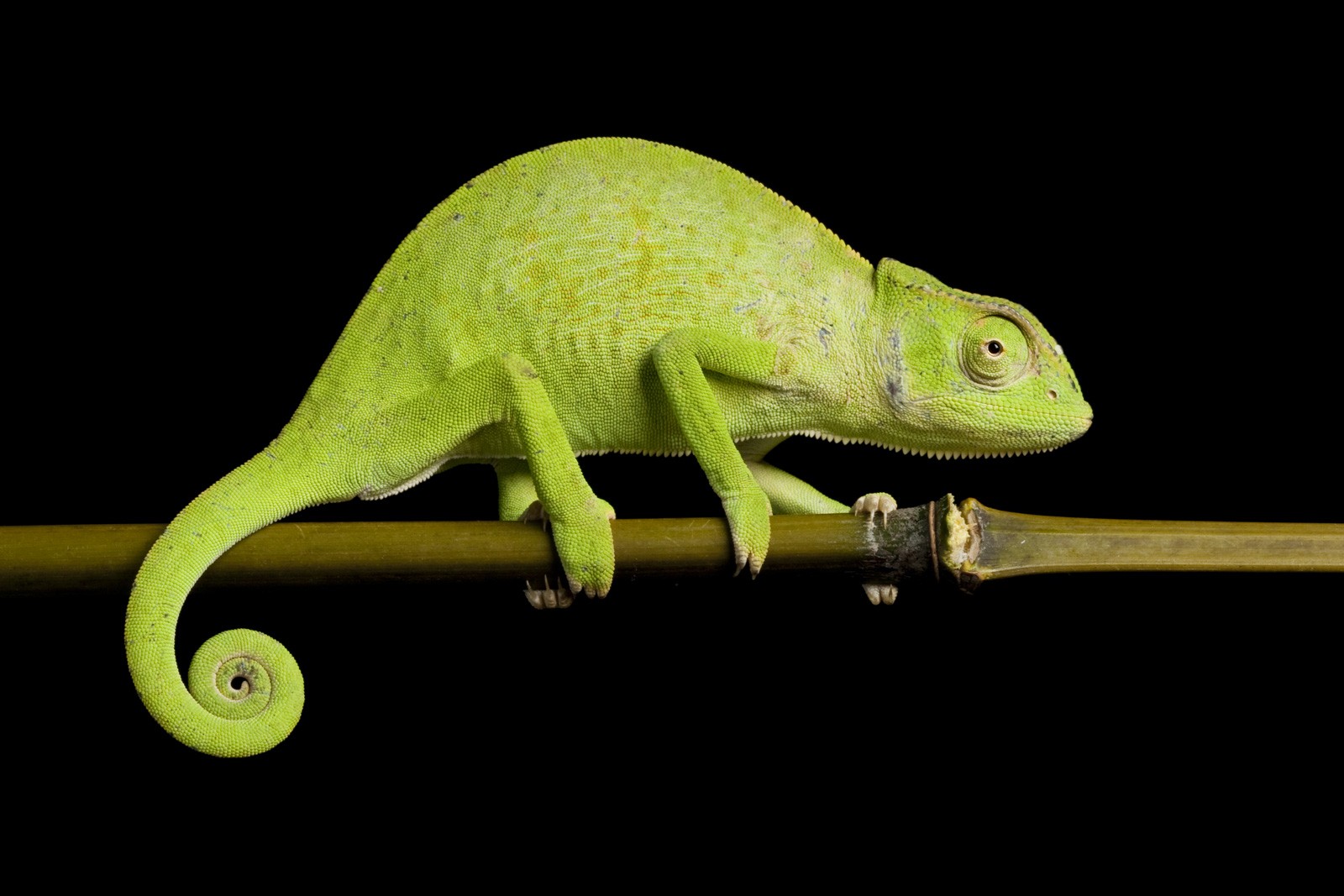 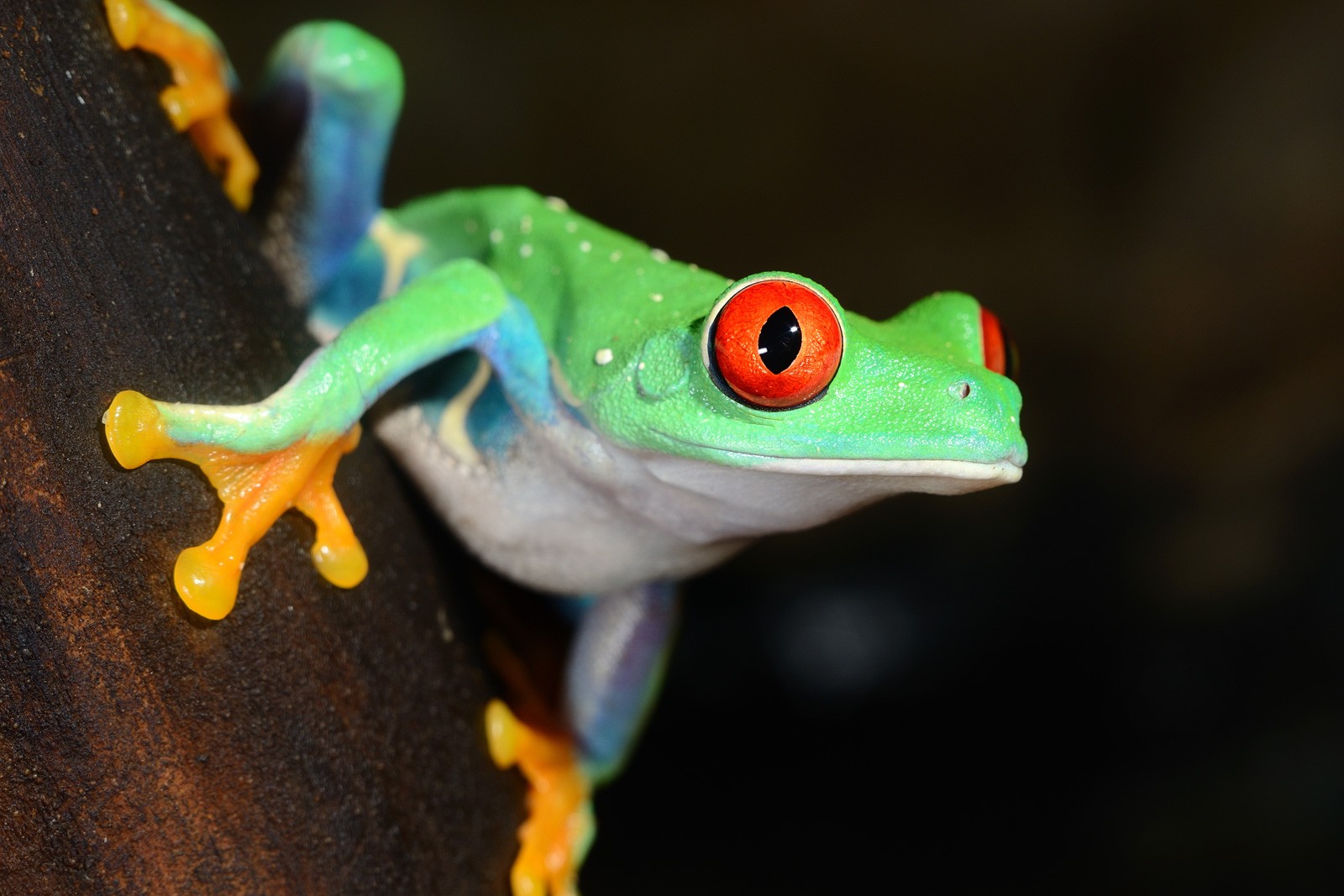 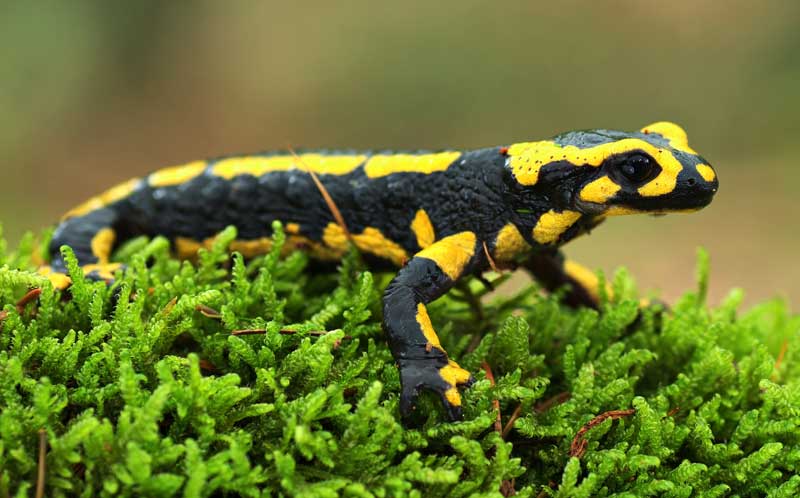