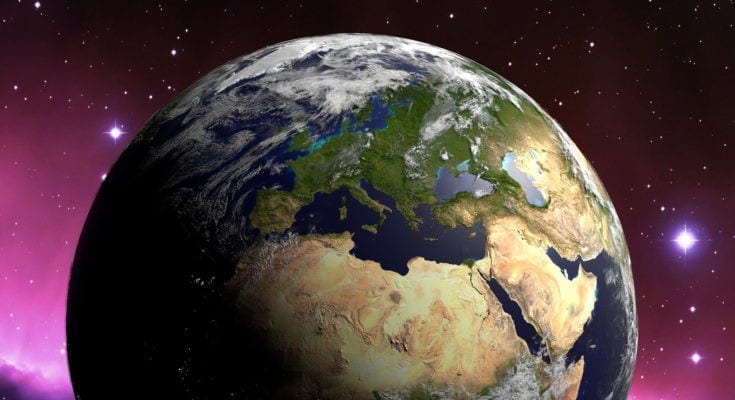 Earth Symbols and Their Meanings

Common Earth Symbols and Their Meanings from Around the World: Earth symbols are a pale mimicry to the vast complexity they imply. I’ve provided a few concrete symbols for earth on this page, but they really don’t do the concept justice.

The symbolic meaning of Earth is so far-reaching, it’s just too awesome to capture into a few limiting words or icons.

Nevertheless, as symbolic practitioners we must doggedly dig into the secrets Earth holds for us because her influence is pervasive. No corner of our lives goes untouched by the Earth’s effect. And so, her symbolism holds keys to clarity and profound insight.

Sidenote: I refer to Earth as a feminine or “mother” because of personal preference. I understand there are religions who worship Earth as a mother or goddess figure. This is not my intent. I simply infer feminine gender because it feels right to me. Indeed, many cultures identify Earth as male, or even a non-gender entity.

In a word, Earth is the symbol of life. All life.

Sure, the other elements (water, air, fire) are life forces too. But Earth is the accommodating, foundational force.

Earth Meaning and Engaging All Elements

♦  Earth allows great swaths to be sliced from her body as she yields to the waters of our world.

♦  Earth communicates with the air and without the Earth, air would be a lost voice.

♦  Fire lives in the belly of the Earth. Fire could not consummate its passion without the fundamental spark originating in Earth-based matter.

Within these contemplative contexts, we sense all threads of life are first woven with the fiber of Earth.

This interconnection reminds us not only is the Earth a stabilizing and a wholly physical symbol, it also represents a network. Earth is synonymous with belonging. She represents community and tribal wisdom. Earth is the embodiment of the concept of HOME.

In ancient Celtic symbolism, the Earth is a unifying force. Indeed, when a kinsman/woman passed on, he/she would not be reunited with their heavenly clan unless the element of earth (preferably from their birthplace) touched their bodies. Consequently, native soil was required to cover the physical remnants of the dead. Celts aren’t the first to bury their dead beneath the soil, but it’s fascinating so many of our forebears intuitively knew the connection. The Earth consecrates. It anchors, reunites, and re-establishes all things in need of her balancing effect.

In the spirit of communicating that sense of wholeness and rooted dominion, many cultures strive to impress their surroundings with pictographs representing Earth. Below listed are a few for your consideration.

Common Earth Symbol:
This is commonly known as a standard planetary symbol for Earth. Logically, the circle symbolizes the globe; the Earth itself. The cross has variable symbolic meaning (four “corners” of the earth, four directions, four seasons, four clans of mankind, four virtues, etc). In the sixteenth century the cross indicated the presence of Christianity (indeed, this symbol is also an icon meaning “church”). This symbol is common in many Native American tribes (see next Earth symbol). The circle is a common, but not universal symbol for Earth. However, some cultures such as Chinese adopt the square as their Earth icon.

Native American Earth Symbol:
This is an artistic rendition of Ojibwa (Chippewa) symbol for Earth. The center circle symbolizes the Earth in its infant form. The vertical and horizontal lines represent the cosmic directions: North, South, East and West. The figures in each section symbolize the four great nations of mankind settling and ordering the Earth with a vision for cosmic harmony with all tribes and all life. See also Native American symbols.

Mayan Earth Symbol:
An artistic rendition of Kab, Mayan for Earth. The spiraling feature is symbolic of the creative god force moving upon and within the earth. The line is symbolic of foundation and time. The circles represent the phases of moon cycles (as the Maya hieroglyph for Earth is also the Moon-goddess who embodies the cycles of fertility) as well as the accumulative phases of immaterial progressing to the realm of material (Earth wrought from the phases of the birth process). Be sure to double checkyour facts on Mayan symbols/designs (this version was passed on to me by an uncle. There may be other variations in design ). See also Mayan symbols.

Chinese Trigram for Earth:
This trigram is called the K’un (or K’uen) it represents “Big Earth,” the Mother, and passive/receptive energy (k’ien being the active principle). In Fung Shui this trigram signifies southwest directions and yielding properties. Note, Chinese symbology denotes the square as the symbol for earth where as many other cultures view a circle or oval as an Earth symbol. The Chinese Tiger is also a cultural corresponds with Earth in the Chinese culture. See also Chinese symbols.

Aristotelian Element Earth Symbol:
The Greek philosopher Aristotle was one of the first to establish a structured set of symbols for all the elements. These are comprised of a series of triangles which represent the foundation of existence. These elements are the scaffolding and law-holders of the Universe. I appreciate the triangular theme in each of these elemental symbols.Triangles are steeped in symbolism pertaining to creation, more specifically, co-operative creativity. See all the Aristotelian elemental symbols by clicking here.

Many cultures around the world have animals that are symbolic of the Earth and earth energy. Here are a few…

We can learn more about ourselves and others by observing Earth signs in astrology too. Astrology adopts the personality traits of the elements, and Taurus, Capricorn and Virgo are the Earth signs of the zodiac. By studying the character traits of these signs, we can translate some fascinating meanings in ourselves, our friends and family.

Another phenomenal study source for Earth characteristics is the suit of pentacles in the esoteric Tarot system. By contemplating the value of this suit, we give ourselves a symbolic language to which pentacles offer us key understanding to the underpinnings of Earth symbolism and its function in the grand scheme of life and behavior.

Mythology holds court to countless gods and goddesses associated with the Earth. To wit, the Greek word for land is Gaia, and she is the classic goddess of Earth. Gaia was also depicted in triple form with Persephone the maiden, Demeter as mother and Hecate as crone. By studying this and other deities, our knowledge of Earth becomes personified – more human – and easily translatable to our every-day experience. Here are a few other archetypes who hail Earth as their prime energy force:

In closing, I hope this article brought the concept of Earth closer home for you, and prompts you to further your ideas about Earth and all her implications.

Moreover, I trust these thoughts inspire you to embark on your own personal journey through the symbolism of Earth. As always, thanks for reading!

This article offers a list of planets shown in their symbolic and esoteric perspectives. In this light, we look at the personality of each planet to gain a deeper understanding of the influence they have in our lives. Get more on symbolic meaning of planets here.

Listening to Nature for Guidance

Listening to nature for answers to our internal questions and conflicts is a fabulous way to gain insight. We are all a vital part of nature, so listening and communicating is…..well, quite natural for humans. Learn how to listen to nature for guidance here.