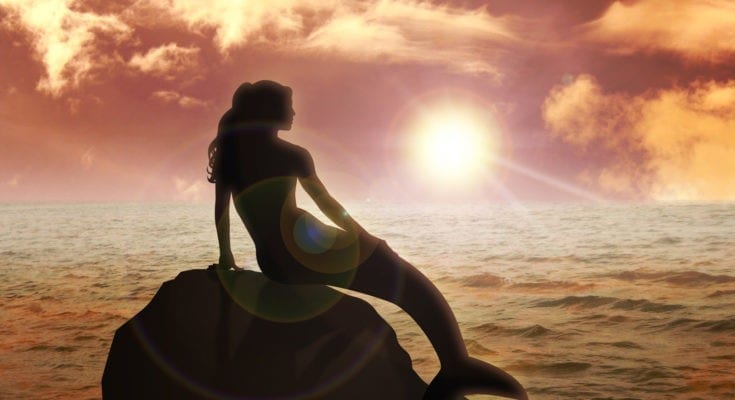 Above all else, mermaid meaning deals with being enchanted by the unknown. Consider, not only are they mythological legends, but mermaids dwell in the depths of the unseen. Beneath the water’s surface where we cannot see…who knows what’s going on down there? Mermaids entice us to ponder these depths of mystery.

Along with unrivaled beauty, myth depicts mermaids with heart-stoppingly luscious voices. Alluring voices, rendering anyone within earshot a quivering mound of meat jelly (did I really say “meat jelly?” hmm).

They are matrons of enchantment, entreating sailors with beguiling beauty, grace and mesmerizing melodies.

Seductive and charming, all those in contact with mermaids are subject to their persuasion.

I like to think this is symbolic of letting our hearts and our passion overrule the analytical mind. Sometimes the stuff we are attracted to doesn’t have to make sense – and it’s ok to be captured by odd, otherworldly music. Especially these days when conformity, conservatism and over-thinking can be utterly soul-numbing. Perk your ears. Let the mermaids woo you into churning seas of dreams, you just might like it. 🙂

Sexually tantalizing and devastatingly lovely, mermaids are perfect pinups for feminine (yin) power. This is quite nice, as mermaids also represent wild freedom, rebellious spirits and ferocious independence (they can never be contained and frequently avoid settling).

Mermaids are often depicted holding combs (made of fish bones) – this is an ancient nautical symbol of power over nature as sailors believed fish bones could divine or control storms at sea. They are also shown holding mirrors in art – a symbol of the moon which speaks of a reflective nature (maybe symbolic of self-admiration too).

Far from vain, mermaids are elusive and rarely seen – this could be taken for modesty – but I like to think their scarcity is due to shrewd discernment. They know the hearts of man, and are legendary for only appearing to the true of heart.

When they are seen, it is in the light of the moon (which they hold sacred) or between the hours of dawn and dusk. These are magical times – when sight and perception becomes fuzzied in mellow whirlpools dawn/dusk glows. This is symbolic of perfect timing to create magic in our lives – by relaxing our vision and letting go of our grip a bit – we come up to show ourselves drenched in the glow of truly magical color.

I hope you have enjoyed these meandering musings on mermaid meaning and symbolism. If you liked this page, you might also like my article on mermaid meanings for tattoo ideas. Don’t miss the other pages I’ve provided below of similar ilk. They may further spark your symbolic interests!

If you have an irrepressible love for the sea and this worlds’ oceans, a mermaid tattoo might be a very fitting symbol for you. Learn all about mermaid tattoo meanings here.

Undines are water elementals, and as such, spirits of the water world. We could say an Undine is a personification of water. Many schools of thought liken Undines to sprites, nymphs and mermaids. Get more about Undine meaning here. 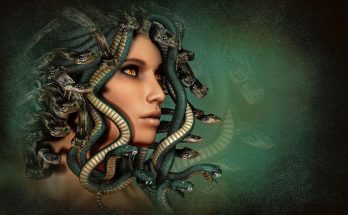 Gorgon Meaning and the Story of Medusa 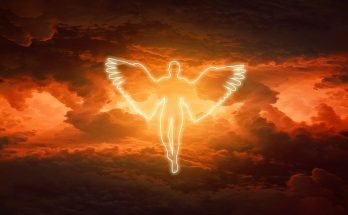 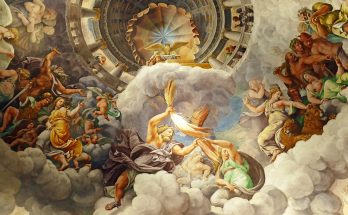