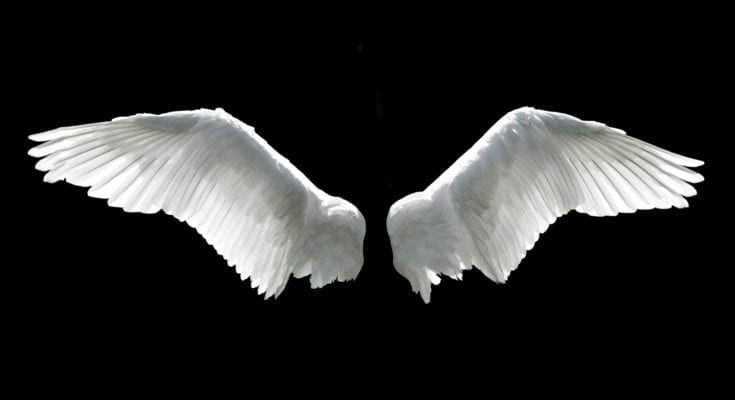 Exploring the Symbolic Meaning of Wings

This page on the meaning of wings was born out of a class I taught last summer about extracting meaning from dreams.

Some of my students described dreams in which they sprouted their own wings and flew. Others recounted dreams they had of lions with wings. One dreamer even saw a pig with wings (I guess pigs really do fly!).Although the symbolic meaning of wings in dreams is certainly a relevant point to explore, it’s not the only bone of contention in our reach for deeper digging.

Consider, mythology gives us oodles of winged beasts in the form of hybrids:

Common Mythical Beasts and the Meaning of Wings

Meaning of Wings on Horses:

Known as pterippi (pteros in Greek means “winged” and hippos means horse). Pegasus is a pterippus, and a magnificent one at that. The symbolic meaning of the horse is pretty intense with themes of power and mobility. The horse alone also carries archetypal themes of unifying grounded stability (four feet on the ground) with higher ideals (from speed and mobility). This theme really comes to life when we add wings to the horse.

The pterippus, or winged horse, is a symbol of aspiring to the greatest heights of accomplishment. These beasts embody the concept of harnessing magic in the material plane.

That’s right, altering the physical matter via nonphysical methods. These kinds of feats are accomplished by swallowing whole the reality of our physical presence and balancing that with our (mostly) nonphysical nature/essence.That’s heavy. To help grasp those implications, Pegasus offers great analogy because of the dichotomy it offers. Grounded by the stability of its body, yet in flight by the ephemeral power of its wings. High and low (mind and body). Pegasus (white in color) stands for clarity of mind, and how clean mental focus combined with stable footing can transform our lives in magical ways. There’s scads more about Pegasus to chat about, but this page is on the meaning of wings, not Pegasus. You can learn more about the enchanting symbolism of the horse here. Or check out my article on the meaning of winged horses here.

Symbolic Meaning of Wings on Lions:

In alchemy, the lion is symbolic of gold – a spiritual quality that is lusciously luminescent and gloriously rich in value. Bling of the heart. Alchemical texts and artwork will depict a lion when a specific magical/spiritual goal is to be achieved.

Conversely, winged eagles in alchemical texts are symbolic of the beginning of a process. Alchemical eagles are symbolic of youth, initiation and the unbridled exuberance felt when launching in a new direction.

So, when we see winged lions (a mix of eagles and lions), it’s a message of combination – a juxtaposition between beginnings and endings, fact and potential, the seeker and the accomplished.

Griffins are considered a version of winged lions. They’re typically viewed as guardians of sacred places. They’re most often seen at the entrances of tombs, protecting the ancient souls of the deceased. I love how this symbolism plays right into the hands of the alchemical lion and eagle. Griffins guarding transitioned souls are at once honoring what has passed and protecting what is yet to be (in the form of evolved spirit – from death to rebirth). Cool, no?

See symbolic meaning of lions here, and more about lions on my blog here.

And, I’ve written more about Griffins from a Celtic perspective here (last animal sign on page).

Meaning of Wings on Serpents and Dragons:

I’m completely biased about this topic. I love snakes, and most things typically classified as “creepy” or “crawly.” So when I encounter party-pooper perspectives of (evil, death, sin, and other nonsense) I throw it right out the window and venture back to a more reasonable perspectives on these magnificent creatures.

For example, I suspect one of the many origins of the winged serpent comes from ancient Egyptian observations of the cobra. The hooded cobra, specifically. When the hood is spread open, it looks a lot like wings. And just like the meaning of wings on the horse and lion, on serpents (cobras) we’re also dealing with a theme of duality.

The Uraeus (Egyptian cobra associated with the sun god Ra and often seen on headdresses of kings and gods) is symbolic of sovereign rule and the power to take and give life. Life and death is about as polar opposite as it gets.

The winged snake evolved into dragons over time and through nomadic legends into other countries. It shares a lot of the same symbolism of the snake. Power, life, rulership, dominion and a kind of magic that is to be respected (mostly because of its mysterious nature).

Winged serpents and dragons are a paradox. At once a slithery ilk, with bellies pressed lovingly against the soft, yielding Earth – yet with wings, they are creatures of the limitless skies. Like winged horses, this speaks to us of being grounded, while having unhindered imaginations. Feet on the ground, head in the clouds.

And, I’ve written more on symbolism of dragons here and here (dragon totems)

I mean angels or fairies, of course. They are divine liaisons. They are messengers with the ability to move freely from the realm of earth-bound matter to the unlimited heavens. They’re depicted with human attributes, and so we reason they have human interest at heart. They are gifted with magic and flight, they are creatures of the divine. They live betwixt worlds (indeed, Greeks thought angels were responsible for moving constellations and planets). More duality.

You can learn more about the symbolic meaning of angels here on my blog.

Gargoyles are fabled to be humans who have succumbed to base behaviors (greed, lust and other unsavory aspects of human nature)….like an antithesis to angels, I suppose. But, their wings are symbolic of the ability to overcome these crippling facets of personality. Essentially, gargoyles are the spokespersons (err, or spokes-creatures) for human potential. We’ve all got wings and inherent ability to glide above and beyond primitive, substandard tendencies. Gargoyles remind us that our conditions cannot determine our divinity.

Symbolic Meaning of Wings in Dreams:

If you’re dreaming of wings, it’s a clear sign of a desire to rise above a challenge. Dreaming of wings on animals may be a message to overcome base or animalistic qualities. It may also indicate the inner self’s desire to escape from undesirable (primitive) living conditions.

Dreaming of wings by themselves may indicate it’s time to work on your inner landscape, a prompting to fly into the realms of spirituality. It may also indicate for a spring cleaning of the mind (sweep away rubbish thoughts) and gain clarity in thought about a certain situation that’s been troubling.

Dreaming of wings on people (i.e., angels) is a distinct message from the divine. The presence of angels in dreams are a call to pay attention to your environment and glean more information from it. Messages abound, “wake up” and pay attention.

A personal story, and example of how symbolic meaning of wings can reveal answers in real-life.

Two years ago I was in the market to buy a new home. My mate and I searched for months (it was a great experience, loads of fun).

We came across a magnificent home and I fell completely in love with its unique charm and amazing potentials (it even had a kitchenette upstairs – ideal for my mom visiting for long periods of time).

On our second viewing of the house, I was wandering the grounds, and my eye caught sight of a feathery patch in the back yard. Closer inspection: It was a wing.One wing ripped out at the socket of a bird. Gruesome, I know.

I knew then and there the house was not for us. There were other things that helped me with that decision (I’m not a completely bonkers, superstitious nut bar :-). But the one wing confirmed a few misgivings I had about the house (in spite of its magnetic charm).

It was a seagull wing – they’re opportunistic little boogers. So, the symbolic meaning of wings (in this case, mutilated and amputated from its source) told me the house was not the opportunity for an ideal home for me at that time.

Turns out, the wing was a good omen. I later found out the house was foundationally unsound, and the unsuspecting new owners are having to repair the foundation to the tune of $30,000 bucks. Ouch.

So, in closing, I hope these mythological winged beasts and examples provide you with some imaginative fodder, feeding you some inspiration to what the symbolic meaning of wings might mean in your experience.

Meaning of Birds and Animals in Dreams

Animals in dreams can be extremely helpful in gaining insight into ourselves – into our psyche. Animal dreams deal with strong emotion and are usually indicative of “prime root” issues in our lives. Get more about dreaming of birds and animals here.