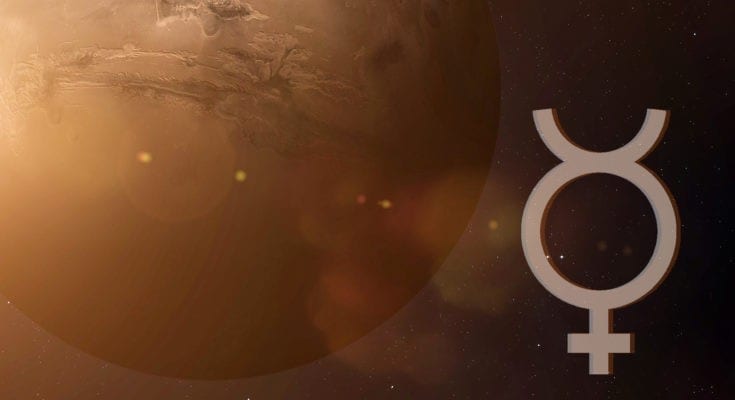 The Mercury Symbol and its Meanings

The Mercury symbol can be a catalyst for our broader, symbolic view of this wholly engaging planet.

I love the look of this symbol, and how it offers us a tell-tale story of Mercury’s personality.

To wit, we see the crescent opening upward, a gesture of receptivity.

This physical attribute of the Mercury symbol certainly falls in-line with the symbolic personality of this planet, as Mercury is the planet of open-mindedness, new ideas and intelligence.

In astrological terms, Mercury rules the sign of Gemini who are prodigious thinkers and expert idea factories – punching out ever increasing concepts to the delight of everyone around them. And, that this crescent moon motif sits at the tippy top of the symbol marks the utmost importance of free thinking in the Mercurial realm.

This free-minded thinking passes out of the crescent and down into the belly of the Mercury symbol where we see a perfect circle. Here ideas are gestated in a womb of contemplation.

Indeed, the circle is a common symbol for Earth (as well as a symbol of the sun). It speaks to us of formulating whole concepts, making ideas real and substantial. This line of thought plays into the Mercurial influences on the Virgo signs, who, are also aligned with the element of Earth. The presence of the earthy Virgo lends substanceto otherwise mere whispers of the mind. 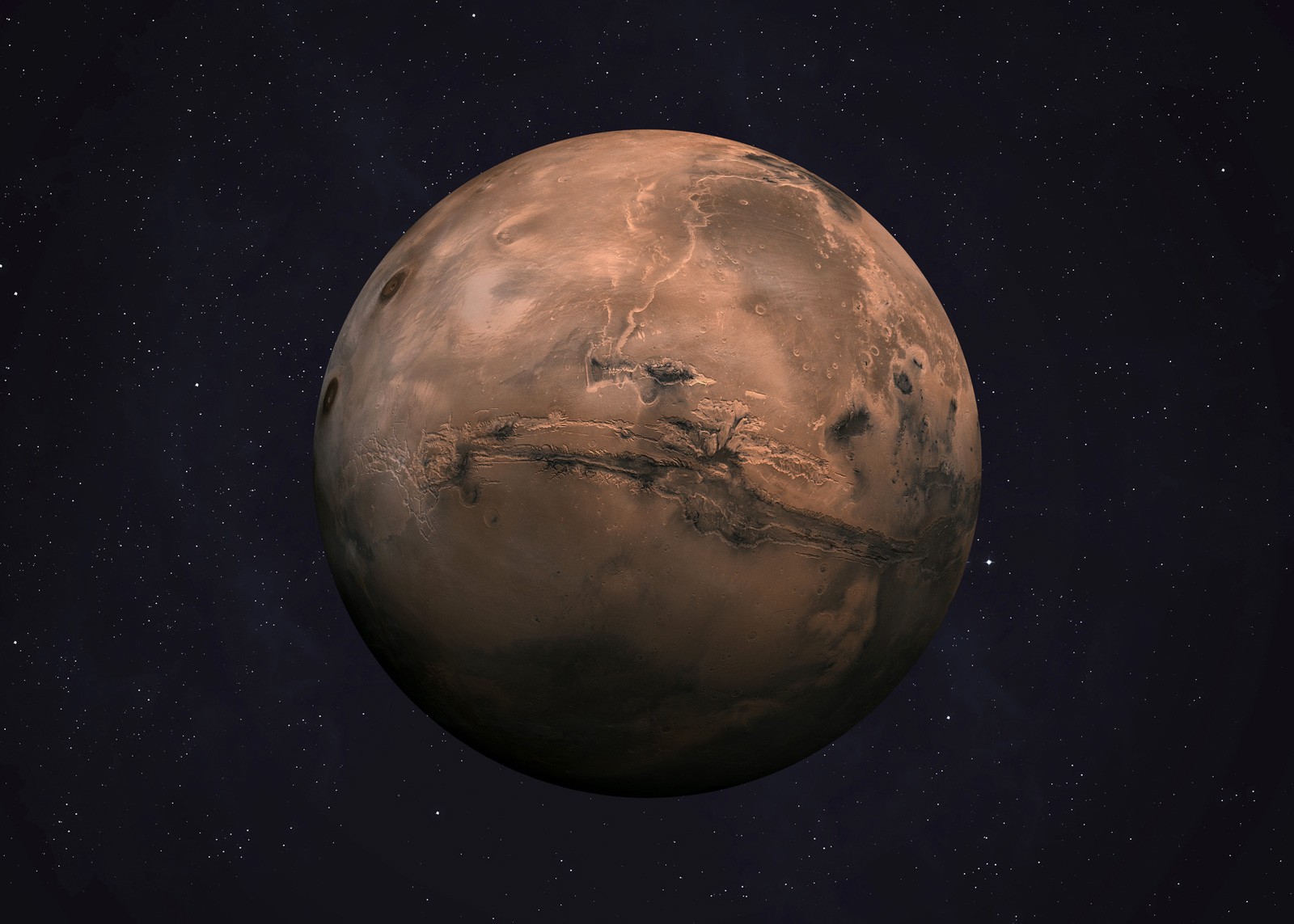 The visual journey of the Mercury symbol ends at an equal-armed cross. This is the final stage of solidification of thought. This indicates our thoughts have become manifest in the material world. We could say Mercury is a midwife to thoughts conceived in the ephemeral world, and moving through the birth canal into physical form.

How is the planet Mercury expressed in personality terms? As mentioned, it is the planet of the Mind, and we’ll discover attributes like these when philosophizing about Mercury: 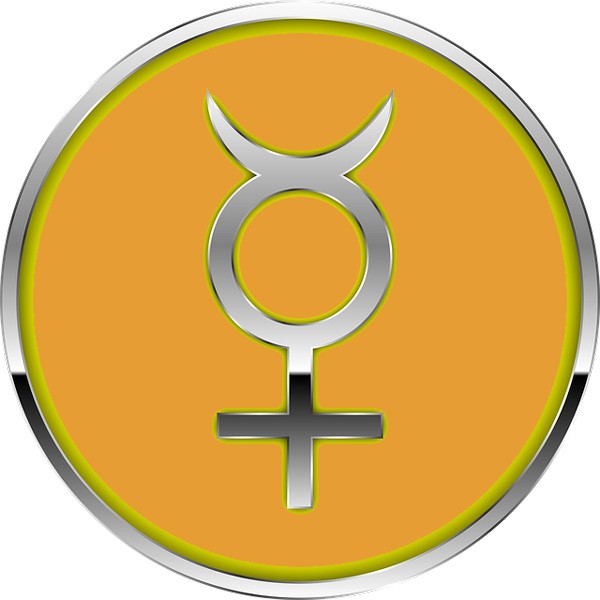 We can apply further personality to Mercury and its influences by looking to classic Roman mythology for clarity (Hermes in Greek). Wielding archetypal symbols such as the caduceus, a winged helmet (or sandals), we find themes of balance, wisdom, movement (travel) and creative flexibility. His name is derived from the Latin root merx which indicates merchant, as Mercury was known for efficient commerce.

Indeed, his quick delivery of silver-tongued negotiations and messages, as well as his fleet-footed nature caused him to be identified with the planet because Mercury is the swiftest of planets, never ceasing its high energy spinning.

Adding intrigue to the Mercury symbol, I’ve provided a list of energetic correlations to the planet (and god as they are essentially inseperable). By doing this we gain broader awareness and become more balanced in the macro/micro scheme of being.

As you browse through these symbolic correspondences, think upon this mighty planet and its potential influence on your thoughts, behavior and life.

Animal Symbolism in Association with Mercury

Animal associations with the planet/god Mercury:
When we encounter these animals, we can enhance our “big picture” understanding by incorporating Mercurial attributes. For example, finding feathers on my path means something specific to my symbolic thinking. Adding planetary personality gives that symbolic meaning a Mercurial quality. Give these associations a try the next time these creatures come into your awareness:

♦ Serpent (in the form of the caduceus): An emblem of balance betwixt polarities

♦ Cock (rooster): Symbolic of messaging the break of a new day

♦ Turtle (tortoise): From which Mercury’s invention, the lyre was crafted

♦ Bull: Also used (stretched intestines) in creating the lyre, the horns of the bull are also symbolic of (feminine/reproductive) receptivity

♦ Ram: A Mercury symbol of energy, drive as well as fertility (of ideas)

♦ Wings: An icon of thought taking flight as well as messaging good news

♦ Dragon: In Chinese alchemy, chui-yin is liquid silver and corresponds to the Chinese dragon who speaks of movement, fluidity, the yin principle and travel 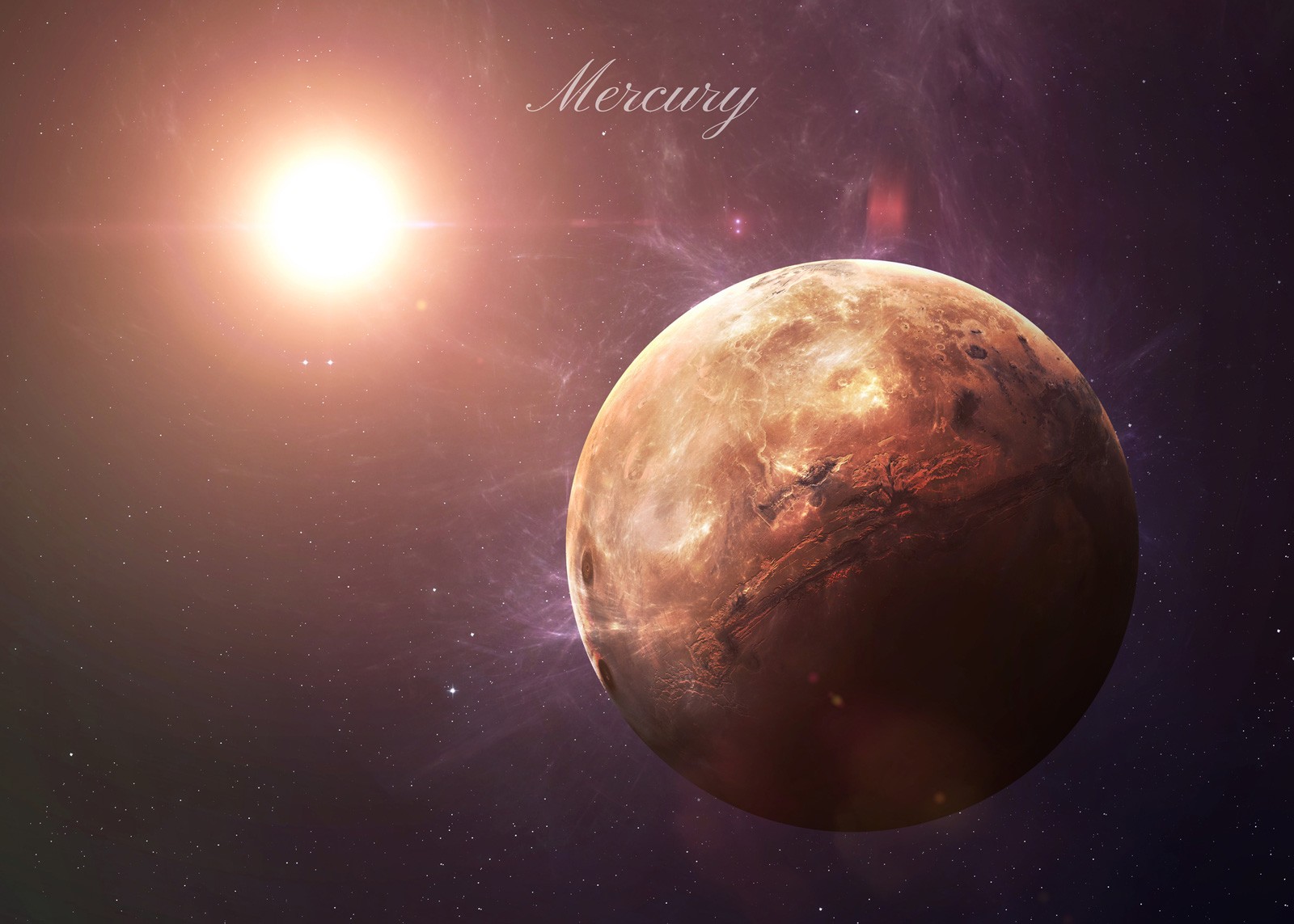 Rocks are holographs. They carry energetic reverberations of a whole and much larger advantage. They are ancient carriers of subtle messages – vessels of a primitive language. Consider carrying one of these stones in your pocket with a goal to coax Mercurial qualities of self-improvement, enhanced metal focus, and safe travel.

Consider growing a bit of one of these plants in your kitchen windowsill to solidify the Mercurial concepts within each resonates. You could also keep a bit of root or dried leaves of an affiliated plant with you in a locket or a sachet. Practices like these merely root and concretize our intentions and strengthen our connection with Mercury symbol ism. 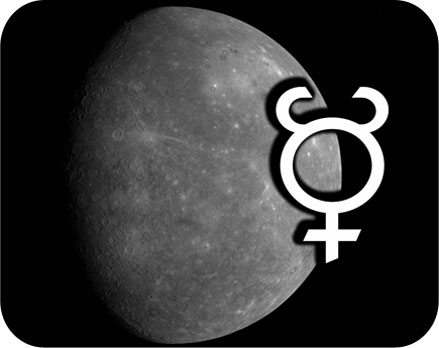 I hope you have enjoyed these observations on the Mercury symbol. I hope this page inspires you to incorporate the personality of this oft elusive, yet powerfully beneficial planet.

In the spirit of mental travel, continue your journey by browsing through other pages of interest below listed. 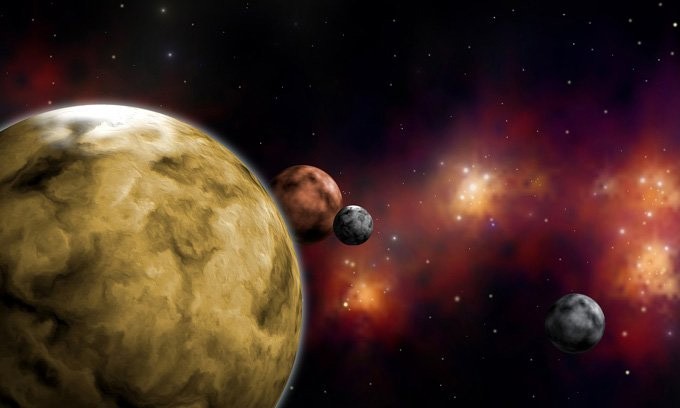 This article offers a list of planets shown in their symbolic and esotericperspectives. Looking at planets symbolically gives us personality of each planet and how they influence our lives. Get the whole list of planets and meanings here.

This article explores symbolic moon meaning and then walks you through a simple meditation focused on lunar energy. The moon is a lovely symbol for meditation because it ignites intuition. Get the full moon meditation and meaning here.