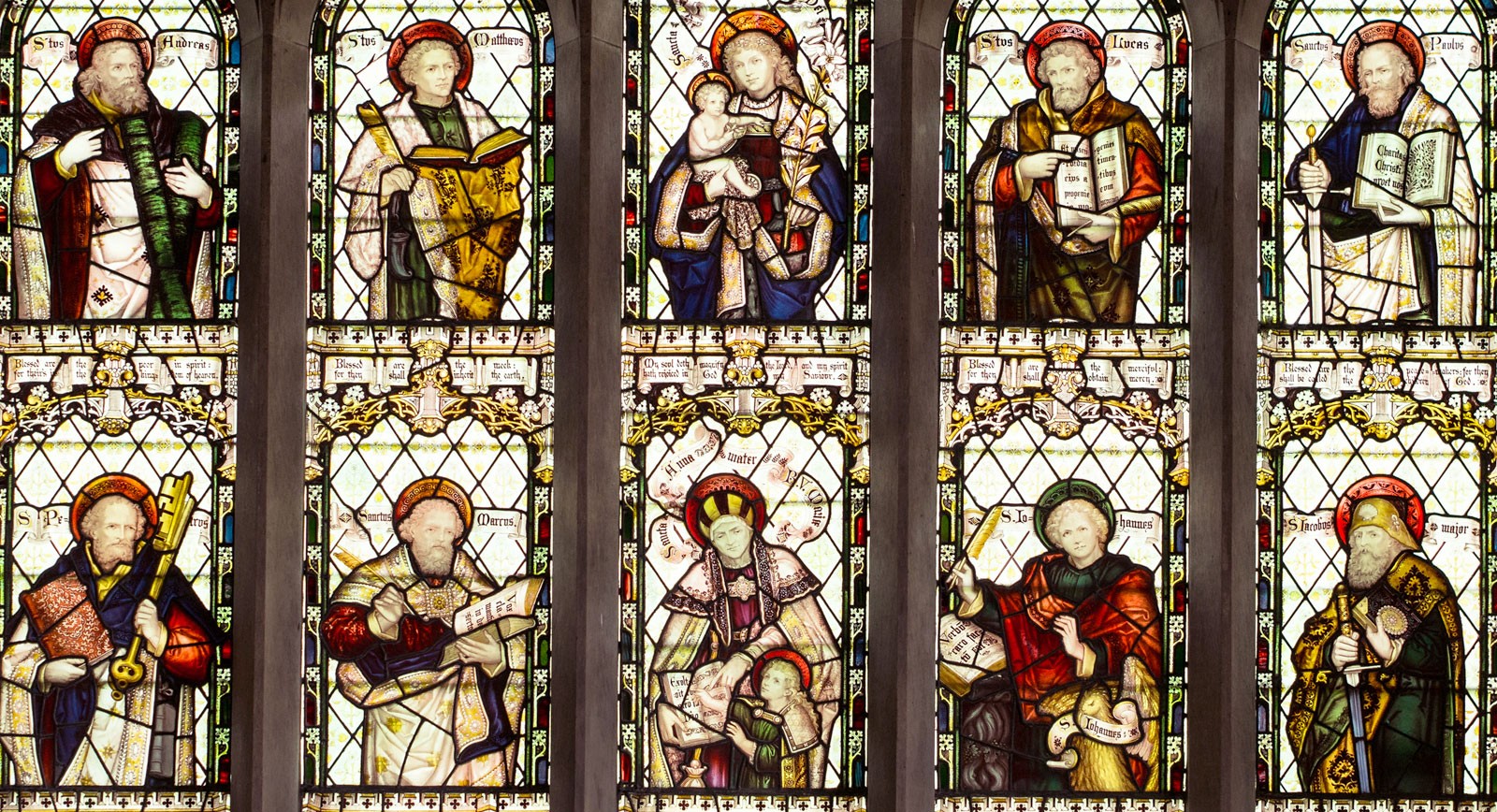 There are a lot of saints, and each one has its own unique symbol. Usually, the saints get their symbol because of something they accomplished on their spiritual path. A saint symbol could also relate to their cause in the faith. Check out this article for a list of common symbol meanings and their saints.

Once upon a time, my parents transferred me to a private Catholic school because apparently I was rowdy, and unmanageable in the public school system. After setting fire to the coat closet at St. John’s, I was equally dubbed unruly by the Catholic school system. Oops. But I learned a lot. Eventually, I even became a student aide, helping the admin staff with church ministry software, attendance, and other office-related duties.

Even though my stint in Catholic school was only a few years, it left an indelible impression on me. Specifically, I found the abundance of deep symbolism in the faith intriguing, and the symbols for saints had an intense hold on my attention.

The etymology for the word saint is from the Greek verb, hagios which means to make holy, or to sanctify. With that in mind, it would make sense that the symbols for saints will also represent holy and sanctified ideals.

It’s a common misnomer that a saint isn’t a saint until he or she is deceased. Not true. Saints are those who have utterly and completely devoted themselves to God, and are recognized by the church as “sanctified” whether they are alive or not.

Symbols for saints were employed in art so the observer could easily identify them. It was the artist’s way to convey a holy message to the observer without being obvious or overt. These symbols are associated with the life of the saint and his/her outstanding attributes.

Here are a few symbols for saints as I remember them from my Catholic school stint before I set the raincoats on fire. : )

Some Common Symbols of the Saints and Meaning

Anchor
Saint Nicholas
He is the patron saint of sailors, ships and merchants of the sea. The anchor is a symbol of strength and stability. Not only is the anchor a symbol for Saint Nicholas, but it is also a visual expression of being rooted in faith. Learn more about anchor symbolism here.

Arrow
Saint Sebastian and Saint Ursula
Symbols for saints often represent the source of martyrdom, and such is the case of Sebastian. The arrow is a symbol of his death at the hands of emperor Diocletian because Sebastian was converting Romans to Christianity. Sebastian is the patron saint of athletes, warriors and soldiers. Also the symbol of martyrdom for Saint Ursula, she died at the tip of the king of the Huns arrow because she refused to marry him. Ursula is a Catholic matron saint of orphans, virgins, and travelers.

Ax
Saint Boniface and Saint Josaphat
Legend has it that Boniface used an ax to chop down an oak tree that was worshipped by pagans (the oak was devoted to the god Thor) in the name of Christ. Once chopped, the oak split into the shape of a cross. Boniface is the patron saint of brewers and youth. Josaphat is the patron saint of Ukraine. The ax is a symbol of the saints’ death (he was killed defending his friends and servants from an angry mob). The ax is also a symbol of the schism between the Orthodox church vs. Rome and Josaphat’s effort to unify the two.

Beehive
Saint Ambrose
Symbols for saints sometimes represent a saint’s early life. Such is the case of Ambrose, patron saint of bees, beekeepers, candle making. He gained the beehive as his attribute because legend has it, bees swarmed his cradle as an infant, leaving a drop of honey upon his lips. His father took this as a sign of the future promise of his skills as an orator for God. Learn more about the symbolism of bees here.

Book
Saint Teresa of Avila
Her symbol is the book because Teresa of Avila was a prolific writer. Her writings represent some of the most extraordinary examples of mystical literature in the Catholic church. She is the matron saint of those who need healing and grace.

Bread
Saint Elizabeth of Thuringen
As the matron saint of bakers, homeless, exiles, widows and the poor, Elizabeth earned her attribute due to her compassionate giving to the poor. After widowed, she gave the bulk of her belongings and estate to the indigent. She also built a hospital with the settlement of the estate, and she is a saint of nurses too.

Dove
Pope Saint Gregory III
According to an account by Peter the deacon, a servant doing transcription work for Saint Gregory claimed to see a dove in place of the saint when he peeked in on him after a long period of silence. The dove is a symbol of godliness and purity. You can learn more about divinity symbolism of the dove here.

Dragon
Saint Margaret
Matron saint of childbirth, defender of the falsely accused and the tortured. Margaret was tortured by Olybrius, who demanded she marry him, but under the condition she renounce her faith. She refused, and several remarkable events took place. One of the events describes Margaret swallowed by a dragon, but was purged from it unharmed. This is an analogy for being faced with evil, but passing through (with faith) unscathed. Learn more about symbolic legends of dragons here.

Eagle
Saint John the Evangelist
The symbols for saints are often iconic of lofty feats and extraordinarily high ideals of the Christian faith. Such is the case with John. The eagle is a powerful symbol of God’s authority, unflinching faith, and the ascension of the holy word. John wrote the fourth gospel with unerring devotion to God’s guidance – this is synonymous with the focused determination the eagle exhibits in nature. Learn more about symbolic eagle meanings here.

Heart
Saint Augustine
A flaming heart is specifically is Augustine’s attribute. This is because it is said that Augustine had a ‘heart on fire’ for God’s word, and was passionately enthusiastic about sharing it with his students. Highly influential in the domain of education, Augustine is the patron saint of theologians, students and printmaking. Learn more about the heart symbol meanings here.

Lion
Saint Jerome
The lion is a symbol of the radiating light of Christ. He is the Lion of Judah in Revelation. As a symbol for saints, the lion is an attribute of Jerome based on the favor he placed on the lion by plucking a thorn from its paw. In this respect, the lion represents the wild nature of the world, and Jerome’s vigilance in uncovering the truth (plucking the thorn) of Christ, hence taming that primal nature of man. Jerome is an educator of the gospels and is the patron saint teachers, students, librarians and scholars. Learn more about the symbolic meanings of the lion here.

Of course, there are fathoms more symbols for saints…indeed, there are as many saints as there are symbols with which to identify. These are just the few I remember from my epic fail at being a good Catholic school attendee. : )

This page is also a response to several email requests I’ve gotten for symbols of the saints for the purpose of tattoo ideas. It may be frowned upon by Christian edict (Leviticus), but I’m certainly not judging, and am happy to offer whatever insights I have into this interesting branch of symbolism.

Whatever your motivation for learning about symbols for saints, I hope this page has helped you in your research. Be sure to check out the links at the end of this page for more inspiring symbolic topics. Thanks for reading!

The cross is a meeting of divine, universal energies. It represents the harmony and stability of powerful, sacred energies both seen and unseen in our universe. Click here for more about Celtic symbolic meaning of the cross. 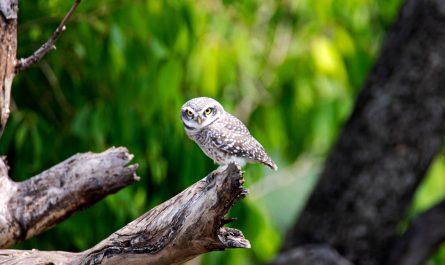 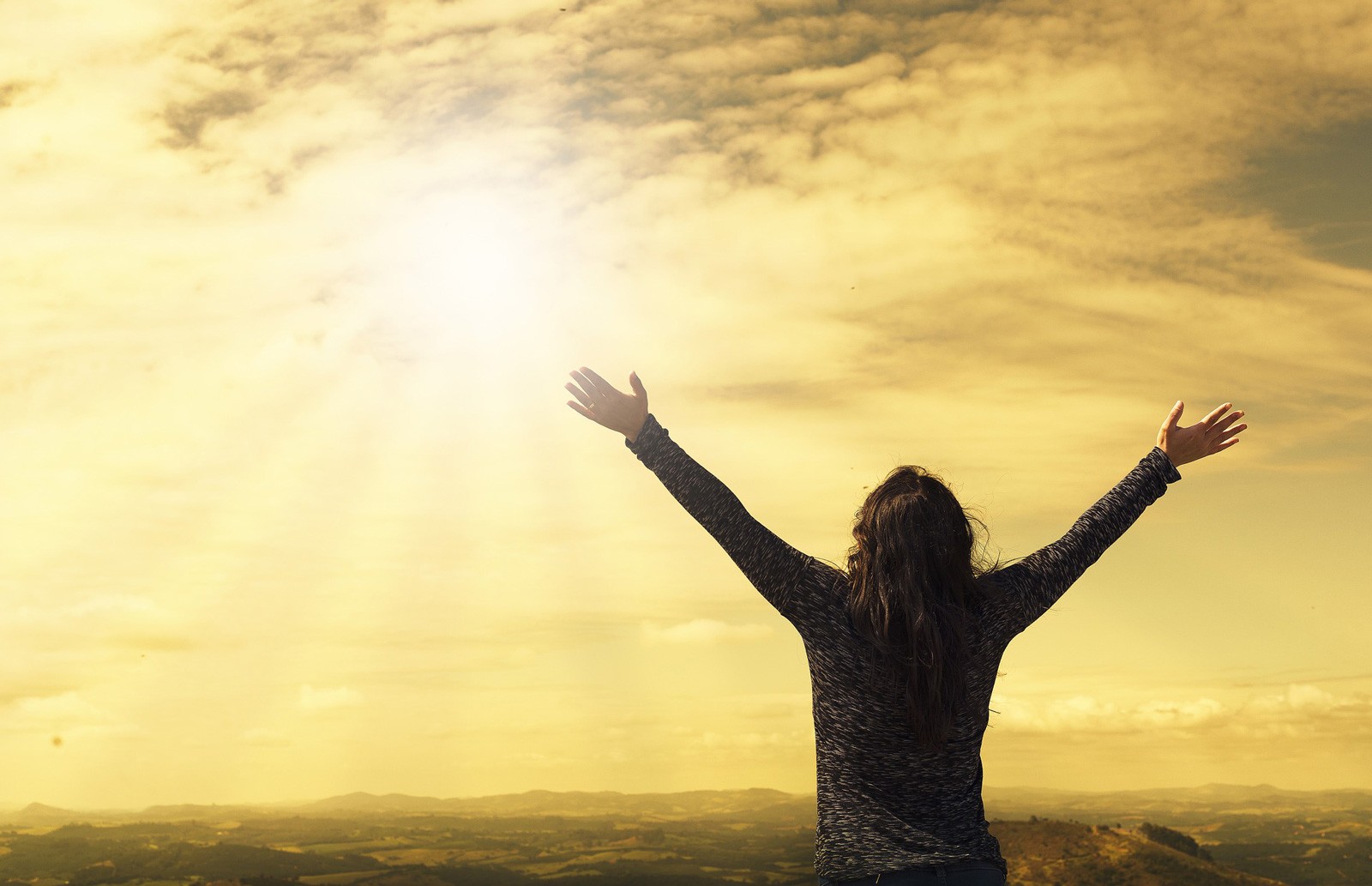 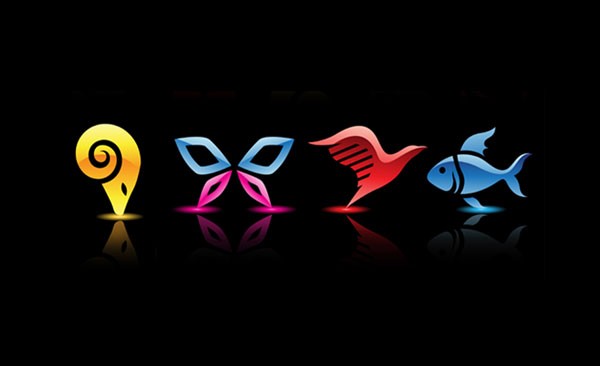 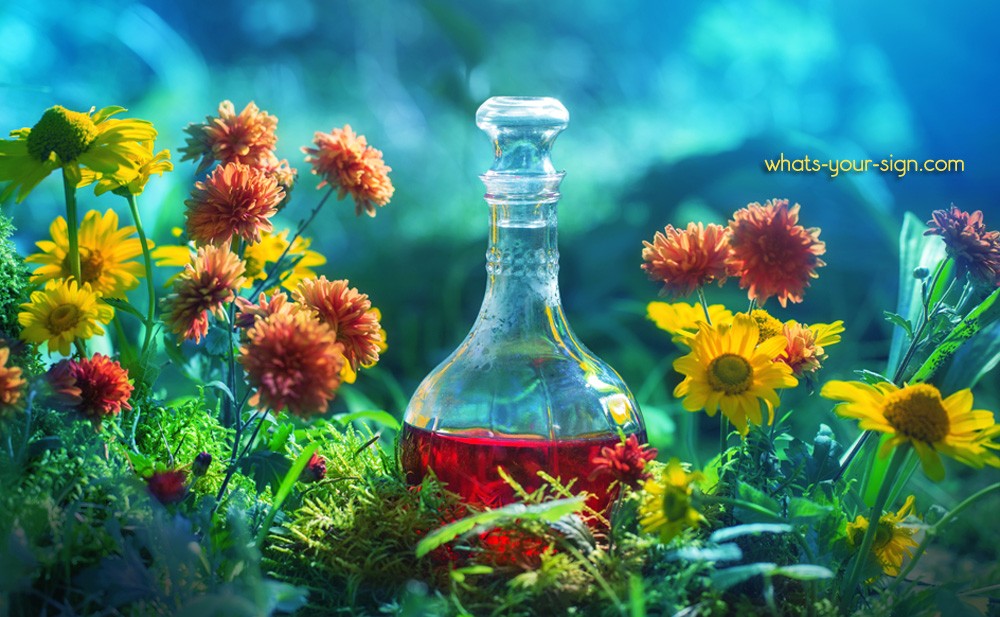 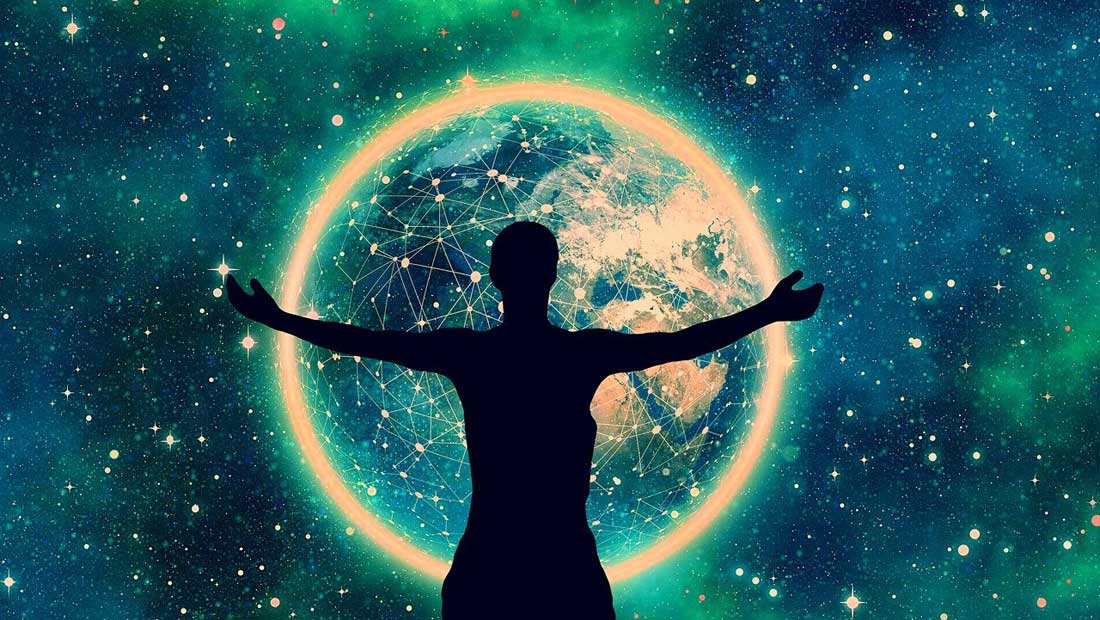 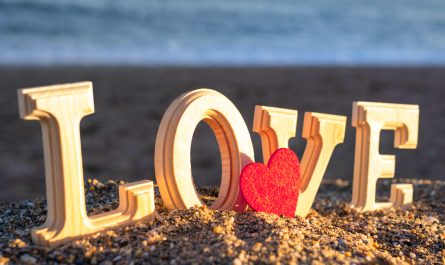 January 10, 2023January 23, 2023
Whats-Your-Sign.com (WYS) is a trusted Etsy affiliate & Amazon Associate. We also promote certain products we've tested and approved. As such, the website features sponsored products for Amazon or Etsy or other afiliates. Should you make a purchase from a link on this website, WYS may receive a small commission. This website also hosts advertisements. Please see our policy page for further information. Thank you for your purchases, as it contributes to keeping this website online and running.