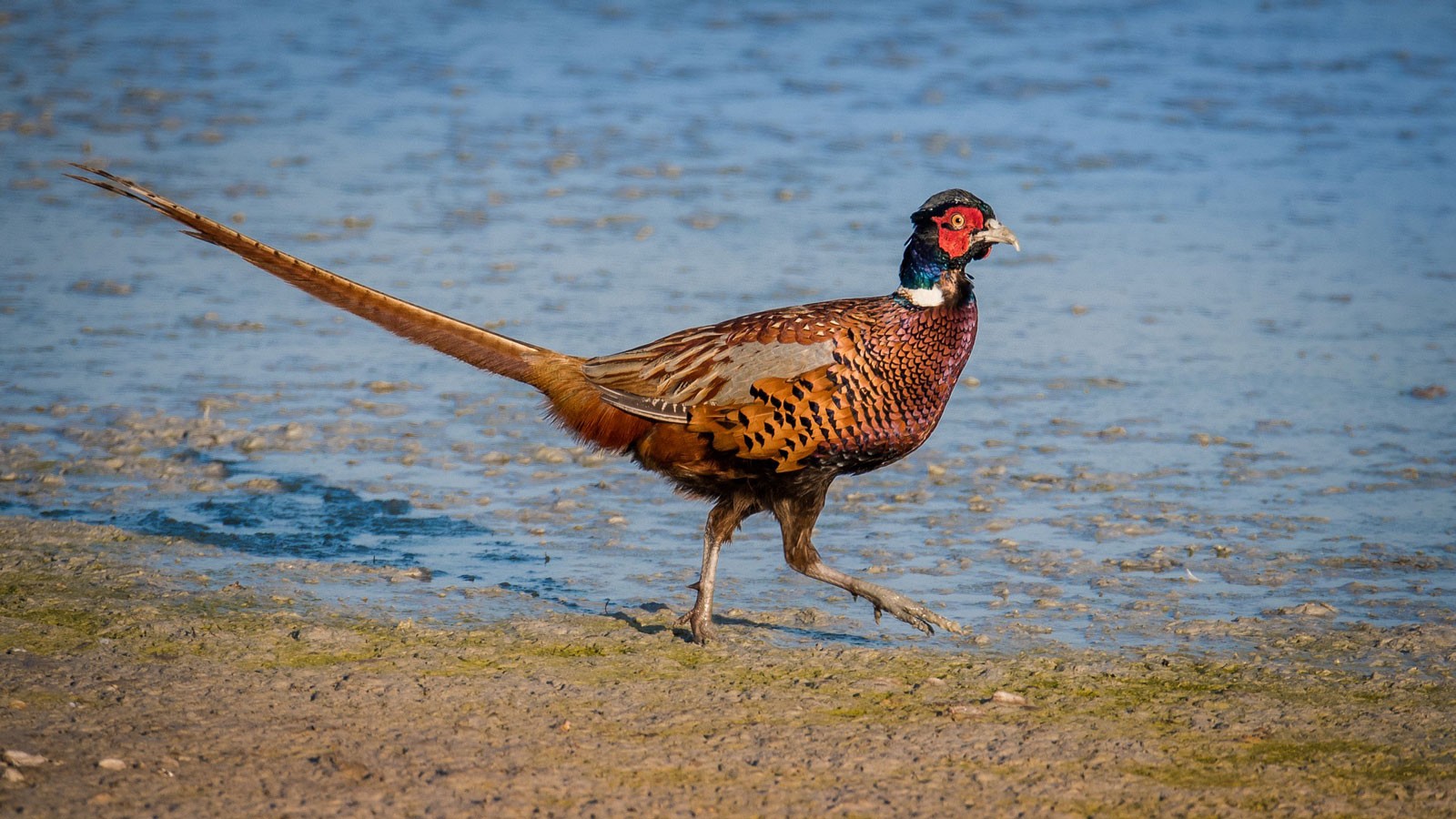 Pheasant Meanings in the Realms of Animal Symbolism

The flamboyant, eye-popping colors of the male pheasant, reminds us that nature knows no end to its variety and creativity.

Nature makes a way for these males to be very attractive to their female counterparts by design. Consequently their bright colors are perfect for wooing pheasant strumpets.

In fact, they are so effective, that males often have a harem of three hens at once. This is symbolic of creativity, sexuality, influence and magic.

Why? Because females hold the gift of life (reproduction, creation of offspring), and the number three is a magical number that deals with the union of two to bring about the creation of another (male + female=progeny).

Those with the pheasant as their totem have the same ability to attract love and creativity in their lives as the male pheasant does. These people have strong libidos and are able to attract a healthy amount of attention from those with whom they desire to partner. Yes, even many at a time if they so choose.

A Quick-List of Symbolic Pheasant Messages:

It is important to note the element of balance in having this totem, and the pheasant’s environment is our indication. He is a riot of glam and color, but ever-ready to slip into the tall grasses or sheltering shrubbery when he must. In other words, the pheasant can be a show off, but he is always ready to retract his wiles when the time calls for it.

This a powerful metaphor in our lives. We can show our bright colors of creativity, and influence in the world – but we must know the proper time in which to do so. The pheasant reminds us that no matter how vibrant and original we may be, if we carelessly throw our gifts out at inappropriate times, or to non-listening audiences our efforts are in vain.

Further, those who resonate with the pheasant may be wild on the outside, but quite tender-hearted and conservative on the inside. The pheasant asks that we honor our genuine selves, and not pretend to be something we are not. This incorporates the symbolism of protection of ourselves and our loved ones. Just as the pheasant knows when to blaze their beauty, they also know when to hide in the shadows for defense.

Their amazing ability to camouflage themselves and hide may well have something to do with the fact the species has been hunted for both food and sport for ages. Over the eons the pheasant has “self-preservation” hard-wired in their bodies, and they know when to go.

The pheasant animal symbolism also speaks to us about the value of balance in areas of spirituality. Being an air animal totem, the pheasant deals with thought, dreams, aspiration, spirituality, and things that lift us into higher states of consciousness.

However, although an air creature, the pheasant rarely flies, and when she does, it is in short bursts and without much air time.

This is symbolic of our ability to reach ever-increasing heights in our spiritual understanding, but we must recognize the need for groundedness.

There is a reason air balloons have sandbags. Be lifted, be inspired, climb ever higher on your path to spiritual awareness – but the grounded pheasant reminds you to keep your feet on the ground too.

Animal symbolism of the pheasant includes:

I hope you have enjoyed this page on the symbolic meaning of the pheasant. Checkthe end of this page for more great articles on animal symbolism.

As always, thank you for reading, and may all your pheasant encounters be creative.

Since the quail is a close cousin to the pheasant, I thought it would be a nice related article to check out. If you liked this post on pheasant meaning, you might light this on symbolic meaning of the quail.

From bats to bluejays, the creatures of the skies are filled with symbolic meaning and messages. This article provides dozens of links to bird totems and their meanings. Click here for more bird totem meanings.

Loyal, lucky and protective are just some of the strong attributes of the goose. Goose meanings are more deep and powerful than we might think. Click here to learn more about the symbolic meaning of geese.