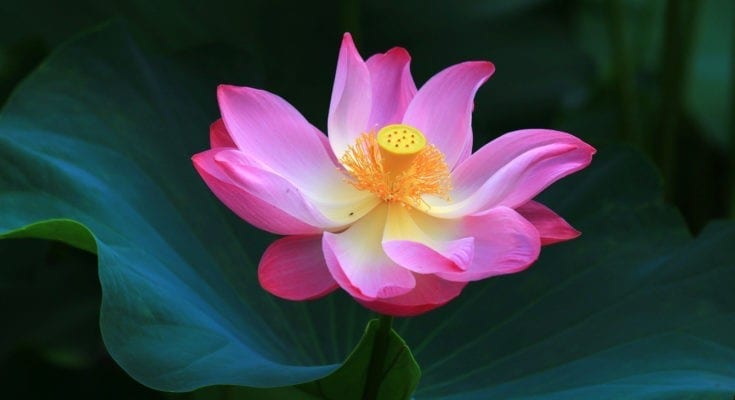 You know, everything in Nature is profoundly symbolic. But there are some symbolic personalities on this earth that have really captured the human imagination and heart. This is clear when it comes to lotus flower meanings. This bright blossom shares a wealth of symbolic portent. It does this most intensely in the East. China, Japan and Egypt all hold the lotus in high reverence. In fact, Ted Andrews (for whom I am totally cray cray) wrote: “The lotus is to the East, as the rose is to the West.”

So what’s the big deal about the lotus? I think the most interesting symbolic aspect of this plant is how it comes to life. Typically the lotus (also commonly known as the water lily) is born from murk and mire. Yep. From sludgy, slimy waters, this brilliant blossom emerges. This is major symbolism folks. It is the metaphor for life as we know it.

Let’s face it. Poop happens. It’s what we make of a poopy situation that counts. Sure… we can crawl under our misery, never lifting our heads to the light that beckons us. That’s always an option. Or, we can be like the lotus. We can make the best of our crummy environment and rise above. Lotus flower meanings are all about aspiring to express, to live, to share beauty. 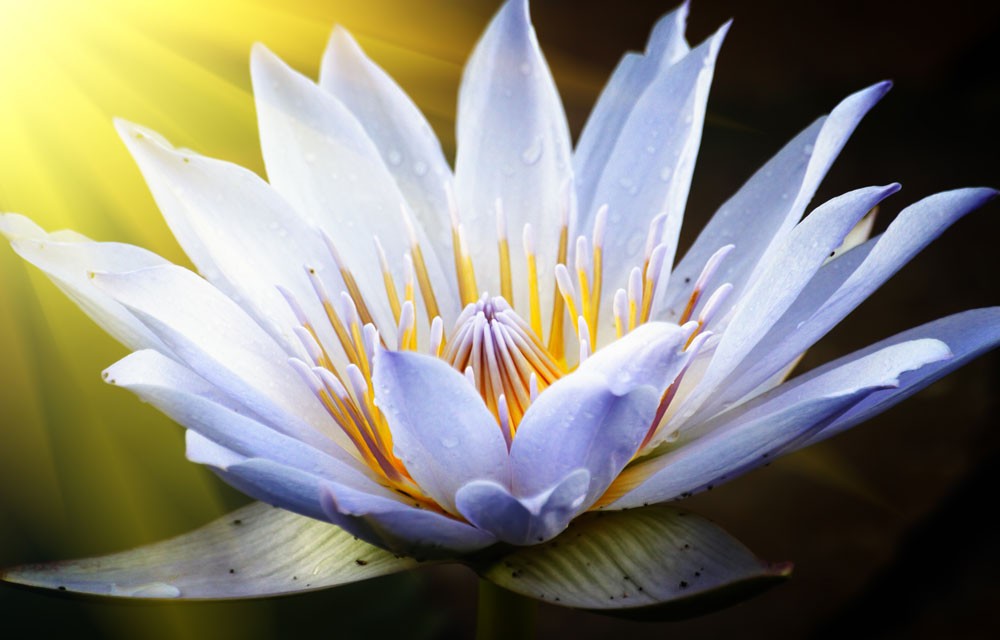 Let the beauty of your heart speak.

Be grateful to the mud, water, air and the light.”

I don’t know why, but for some reason, humans often thrive when faced with brutal circumstances. This perplexes me. I often wonder why are the bad times more giving of lessons and change than the good times? Why can’t we learn from joy? I suppose it’s because we need to squat in the crud for awhile so we can be motivated to get out of the bog. I mean, we can’t really know good until we know bad, right? I think that’s a prime message the lotus provides. Lotus proves we don’t need everything all joy-joy, happy-happy, clean and tidy in order to meet our goals or succeed. Nope. Lotus unfolds her exquisite beauty from the boggiest of bogs. Lotus makes the very best of a grimy situation. Lotus refuses to be put down. Lotus insists on growing, and growing with class. We can do this too. Lotus is proof.

Lotus offers a mind-spinning array of meanings, so let’s start with the keyword highlights…

Lotus flower meanings also deals with style. This flower is super stylish with how it navigates through life. Lotus moves through the quagmires with elegance and delicate grace. That’s another great lotus lesson. We don’t have to Hulk-smash our way to a better life. We don’t have to crash and bash our way out of a bad situation. Lotus shows us we can make progress with dignity and calm assurance. Isn’t that lovely!? Do you feel like you have to wield anger and force to move out of a bad place? Take a page from the lotus’ book. Observe the ease in which this flower emerges. Consider the tenderness and peacefulness the lotus expresses when moving through the muck of her surroundings. 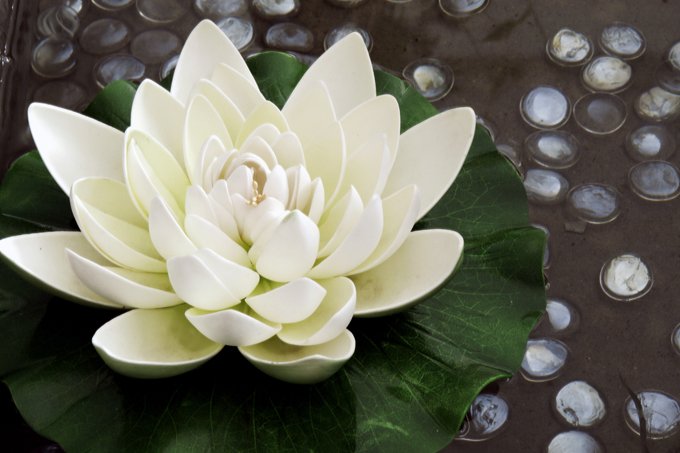 Buddhist iconography places the lotus in the realm of spirituality. In fact, chakras are an artistic adaptation to the lotus flower. Not sure about chakras? That’s okay, check out my page about chakra meanings to see the lotus design in each energy center. This is very cool. The lotus is a template for visual chakra design. That means big energy, and big potential. The lotus can help us align our chakras…align our energy. Lotus is particularly helpful in harmonizing the crown and third-eye chakra. These chakras deal with intuition, spirituality and higher knowing. Conjure an image of a delicately unfolding lotus as you work with your energy. See the lotus caressing your spirit, and energizing you.

The Buddha is often pictured with the lotus flower. In fact, a profound Hindu chant is this: Mani padme. This means “Jewel in the Lotus”. This concept deals with coming into the center of beauty, peace and harmony. Buddha was thought to be unsoiled and untouched by toxins. The lotus is a purifying agent for the Buddha and the Buddhist belief system. You don’t have to subscribe to these beliefs to utilize the lotus. Simply embrace the lotus and engage in its power to purify, harmonize and stabilize your energy. 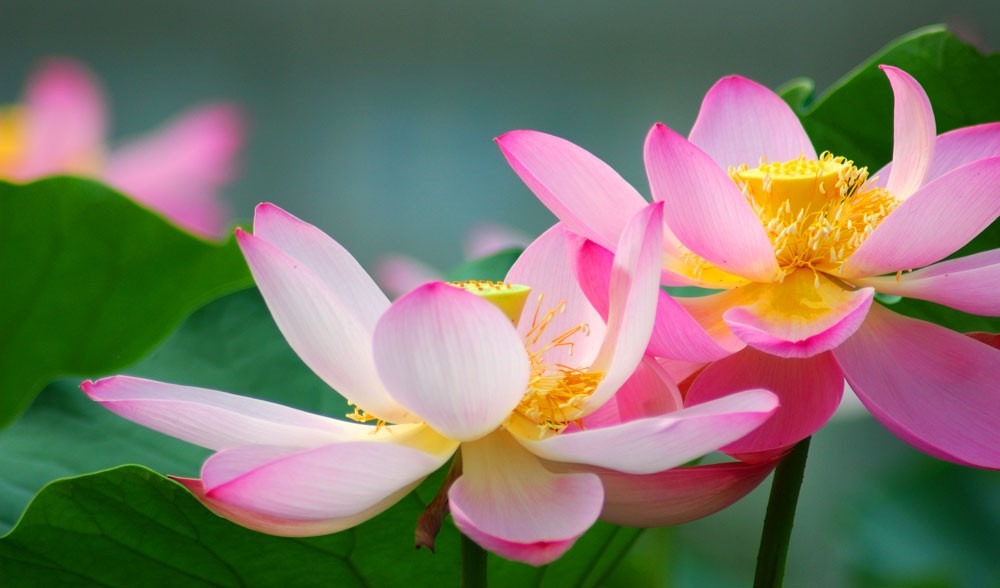 Whether bat, bee, bear or berry…it’s important to consider environment when mining symbolic meaning. The lotus is also known as the water lily. That means these blooming beauties thrive in water. So what’s so significant about that? Plenty. Water is symbolic. It’s such an overlooked element, but it has powerful influence on our minds, souls and bodies. Water is a symbol of the fluid goodness in our life. Stuff like emotions, intuition and dreams.

By association, lotus flower meanings will hold the same import. In other words, lotus is symbolic of the ephemeral realms of dreamy-dreams, and feely-feelings. Lotus can offer great progress in developing our intuition too. If you’re intent on developing your psychic prowess, consider incorporating lotus in your practices. Next time you sit to meditate, consider a bright white lotus gently gracing the surface of a still pond. This will invoke feelings of purity. It will be a cleansing meditation. Think on it, water is all about being clean. Without it, we’d all be stinky trolls. Don’t be a troll. Invoke the power of water and the lotus to get your intuition and energy squeaky clean.

Are you enchanted? Are you spiritually charged? That’s what the lotus wants you to be. I hope I conveyed that kind of essence the lotus embodies. Lotus is a giver of lessons, joy and beauty. All it takes is our awareness to appreciate the gifts lotus gives.

You know, it doesn’t matter if you live in the desert or the city. What I mean is, maybe you don’t have access to an actual lotus flower. No problem. Pictures are a replication of lotus energy. What’s even more powerful is conjuring the image of the lotus in our minds. Visualize a blossoming lotus buoyed upon still waters. Just sit with that image for awhile. I feel certain you will experience a revelation and renewal.

As always, thanks so much for reading this. If you liked this article, you might like my piece on Lotus Flower Meanings for Tattoos. I’ve known a few awesome folks who have gotten lotus tattoos. They all aspire to live purely, cleanly, spiritually. That’s what their lotus tattoos inspire them to do every day.

Check out the links on this page for more flower meanings and interesting symbolic tid bits. May all your lotus insights be bright and beautiful, Avia 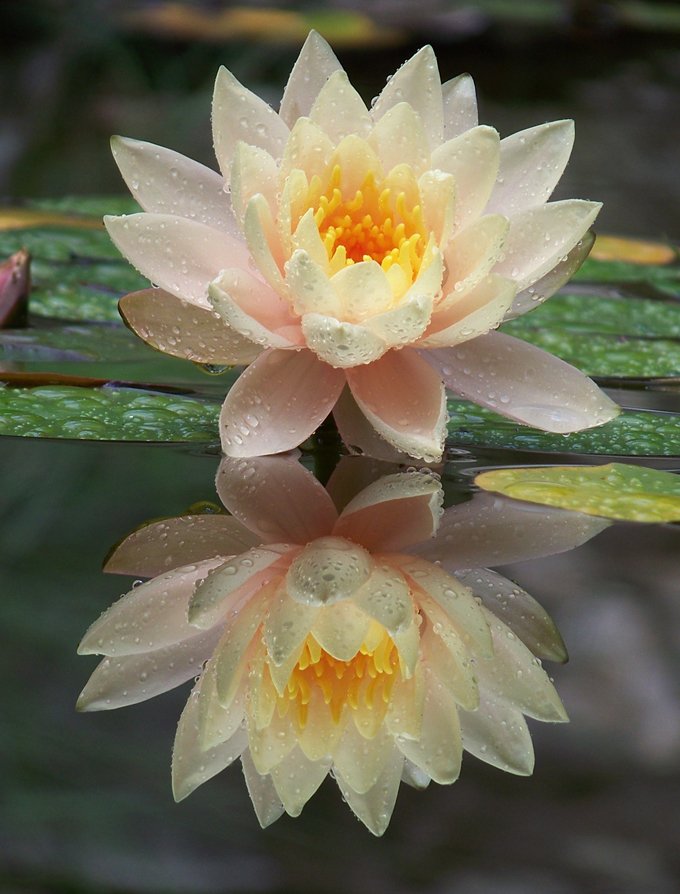 Lotus tattoo meaning is deeply rooted in spiritual purity. The Buddha for example is seen emerging from the lotus. In fact the mantra “mani padme” meaning “jewel of the lotus” is a reference to Nirvana. Get more symbolic lotus tattoo meanings here. 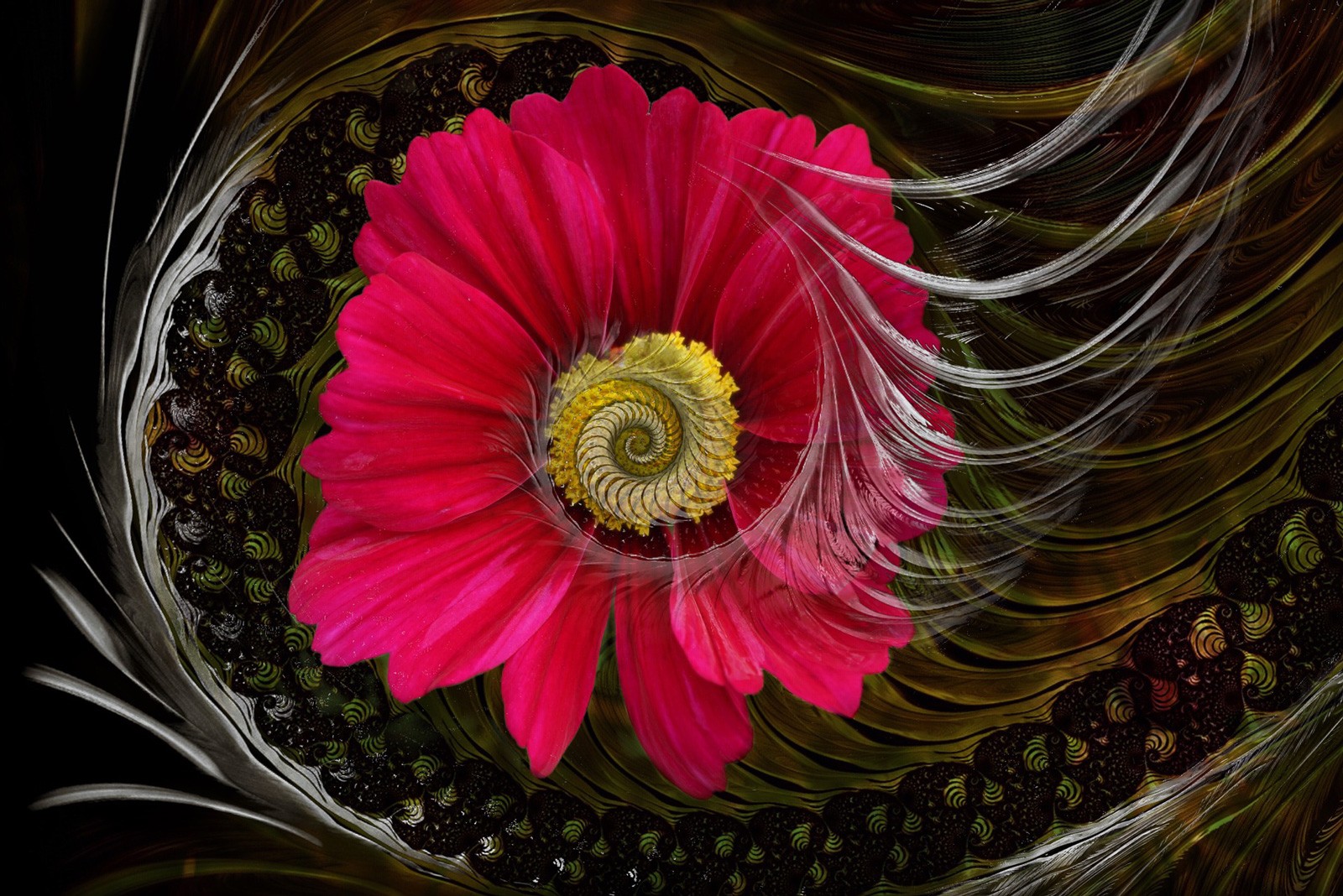 Flowers and meanings have been the subject of conversation for as long as humankind has taken the time to behold the beauty enfolded in each petal. Get a whole list of flower and meanings here.