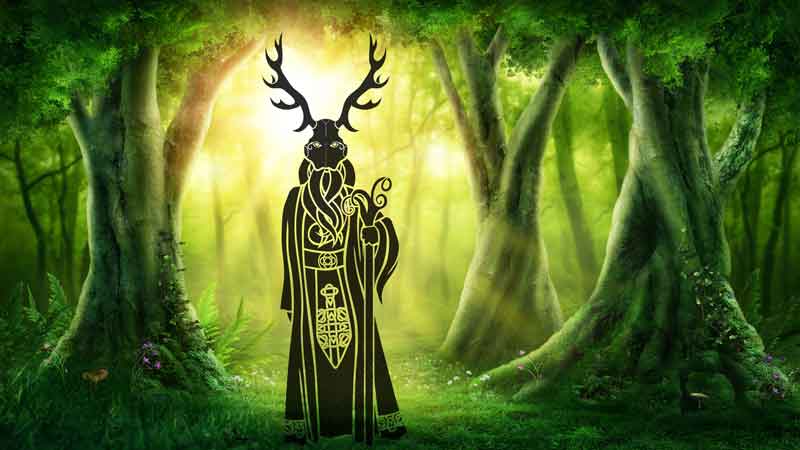 Exploring the Celtic Symbols of Cernunnos, the Horned God

About the Celtic Symbols of Cernunnos, the Nature God of Power: Many ancient ideals about life, growth and nature are nestled snugly within the cryptic artifacts left behind. The ancient Celts weren’t big on the written language, so much of what we know about their gods and goddesses stems from art, engravings, tombs and remnants uncovered by archeology. Bearing this in mind, we have to take an imaginative and reconstructive view at Cernunnos. We’ve got to pull on the threads of our own heritage and astrally travel to the time of the ancient Celts in order to piece together the potential identity of this horned god.

I’ve found the process of identifying and pondering the Celtic symbols associated with Cernunnos has fleshed out a clearer concept of the god (for me, at least). Maybe they will for you too.

A good and fitting thought when pondering the powers and personality of Cernunnos might be summed up with this quote:

Why is this a fitting quote for Cernunnos? Because this is a god that is one with earth, Nature and all of its inhabitants, including flora and fauna.

You can read up on Cernunnos anywhere (start with the Wiki here), and you will be told he is a very male entity – probably a fertility god, certainly a hunter with shamanistic energy. Other sources might tell you he is an agricultural symbol and facilitates the procession of growth & seasonal cycles.

Should you believe all the stuff you read about Cernunnos? Like I always say, if it jives with you – keep it, otherwise ditch the stuff that doesn’t make sense.

Gods and goddesses are beyond archaeology and they go way beyond the realm of intellect. It is an absolute necessity to filter these deities through the knowledge of the soul.

That means knowing Cernunnos is going to be a personal journey for you. And, his presence will manifest in a wholly unique relationship to you – different from anyone else’s experience.

But, we’re human, and we need to throw out a few bones to our intellect in order to bite down on the godlike goodness of our ancient deities.

So, while you feed your dreamy-self, your soul-self…here are a few Celtic symbols belonging to Cernunnos that should nourish your analytical mind & your intellect too…

Horns:
I have a secret to tell you. I have a thing for horns. I love them. In fact, I super-glued horns on my motorcycle helmet. Why? I’ve given up figuring it out. But, I do know how I feel when I don my horned helmet. It evokes a feeling of power, thrust, dominance, assertion. I’m willing to bet the artistic rendition of a horned Cernunnos (indeed, even his name means “horned one”) is synonymous with power, forward-progress and authority.Logically, antlers and horns are symbolic of male power. Not always, but mostly horns grow on the male persuasion in the animal kingdom. Also, the bigger the rack – the bigger the mojo. This hints to the prominence and power of Cernunnos. Those aren’t little nubbins on his head – those are big honkin’ horns he’s got. This lets us know Cernunnos was a very big deal in the day, and his power was legendary.

In the natural realms, horns are tools and weapons. They even play a grand role in the ritual of sex. The stronger and larger the rack – the more likely a beast can defeat its competition to woo and bed the female of his desire. Sure, it’s about making an impression – but it’s also about ensuring a dominant species – only the fittest, strongest, bravest survives. As a god, Cernunnos would have known this, and the people who created him would have given him a full crown of horns to denote the importance of superior fitness.

Horns and antlers also point to the recycling nature of all life. Stags grow antlers in the Spring (symbolic of birth, renewal, the return of life), and fall off in the Fall (symbolic of death, introspection and hibernation). This would have prompted ancient consciousness to consider the phases of life, the cycles of being. Cernunnos would have encouraged the populous to viscerally feel the rise and fall of Nature and Time. His horns/antlers are a testimony to transience.

Horns are also miniature reminders of very cosmic concepts: The sun and the moon. The oldest depictions of Cernunnos show him with a radiating rack of antlers. That branching out is symbolic of the expanding rays of sunlight – an agricultural omen. In this way, the solar connotation is a blessing for nourishing light – a promise for abundance in agricultural growth and harvests. This is a very male energy (as the sun is associated with male force), and a very assertive essence. These solar-antlers are also symbolic of self-expression, and radiating the divine inner light outwardly.

Later artistic portrayals of Cernunnos occasionally showed him with a crescent atop his head. These look like bull horns, and are symbolic of the crescent moon. In this light, the moon is associated with Cernunnos, and is a Celtic symbol of union with female energy. “Moon-horns” are also symbolic of agricultural abundance too. Cernunnos is known to be “The Seeder” – he is one who plants the seed and secures the proliferation of life. Interestingly, seeds (of all kinds) are almost always female in symbolic-gender. Also, that visual of an upwards-turned crescent moon doubles as a womb – a container in which potential is caught, held and incubated to new potential. Fascinating stuff, no?

If horns are your thing, you may be interested in my thoughts about antlers on my Stag Tattoo Symbolism page.

Ok, to summarize… in terms of Celtic symbols, the meaning of Cernunnos’ horns point to…

Torc:
Apart from artistic adornment, bartering and expressive craftsmanship, Celtic jewelry was also an immediately visual way to determine the status of a member within the community. The more ornate your piece, the higher your status in the clan. And, if you had more than one torc, you must have been hot stuff in the community. So if torcs are symbolic of nobility and status, Cernunnos depicted with two torcs indicates:
1) He was an integral and important part of the community, and
2) His status was high. Golden torcs are also symbolic of the high class due to wealth.
This is noteworthy because another among the Celtic symbols of Cernunnos is a purse filled with golden coins. This, combined with the torc allows us to intuit Cernunnos as being completely comfortable with the idea of wealth. Further, Cernunnos is said to be quite generous in his riches (monetarily, agriculturally and in the spoils of the hunt). So, it does not seem too far-fetched to imagine the ancient Celts forming an alliance with Cernunnos as a means to gain status and wealth in their lives.

I rarely take things at face value, and often dig a little deeper into the most common symbols for a meaningful edge. In so doing, I believe torcs are Celtic symbols of femininity. Celtic people took nothing for granted, and they applied meaning in the slightest of nuance. So, I find it no coincidence that the Celtic torc is also the shape of a crescent moon – a symbolic feature that is sacred and divinely feminine to the ancient Celts. From this perspective, the torc wrapped around Cernunnos’ neck and right wrist is symbolic of a union with female energies – a culmination of opposites for the purpose of expansion and new forms of life. Its lunar connotations make the torc symbolic of the phases of the moon – and therefore a symbol of the nocturnal cycles of life too.

I’ve written more about the torc as a Celtic symbol here (on my blog).

To sum up, this section of Cernunnos’ Celtic symbols – the torc is symbolic of…

Snake:
I love snakes too (although I haven’t super-glued any to my motorcycle helmet, ha ha). Symbolism of snakes is a variable thing according to which era and culture you’re consulting. The snake was big juju for the Celts because it represented a mix of powers. Gender is always a heavy consideration in applying symbolism, and the snake held both genders for the Celts. Because the snake is always in contact with the earth (a feminine deity to the Celtic mind), and some snakes even burrow themselves deeply within the earthy womb – snakes are considered the harbingers of female power. However, their cunning in the art of the hunt, coupled with their phallic design makes snakes symbolic of male energy too. So, Cernunnos holding a snake can be a symbol of the ultimate union – an amalgamation of polarity – the joining of natural power – a conjugation to create a new & unique entity.

This kind of stuff is what the trinities, triads, and triple Celtic symbols (which run rampant in their artwork) is all about. Coupling duality leads to offspring. Not just babies, either. One energy unites with its opposite and a new kind of energy is born from the two – sharing all the qualities, but something altogether different. That’s what the snake embodies, and so it’s is massively superior in symbolic implication. It means the snake has all that metaphysical potential wrapped up inside its silky skin (energetically speaking). This indicates Cernunnos’ shamanistic power. The snake as his compatriot lets us know this deity embodies the potential of all life, and deftly rules the cosmic balances.

Snakes are also symbolic of transition. They shed their skins after a time of growth – casting off the old and revealing bright, shiny newness after the shed. And so in this transition, our Celtic ancestors recognized a theme of rebirth. Cernunnos himself also stands for rebirth – we see it in his snake as well as the lunar-crescent themes in his horns and torc.

I’ve written more about snake symbolism here if you’re keen on them.

To summarize, snakes as Celtic symbols to Cernunnos deal with…

So what does this all mean to you, the symbol-traveler and explorer of the esoteric? You’ll have to decide that for yourself. I’ve just offered some ideas as to the meanings behind the Celtic symbols historically seen with their beloved horned god, Cernunnos.

I hope this article on the Celtic symbols of Cernunnos offered clarity and inspiration. As always, thanks so much for reading. 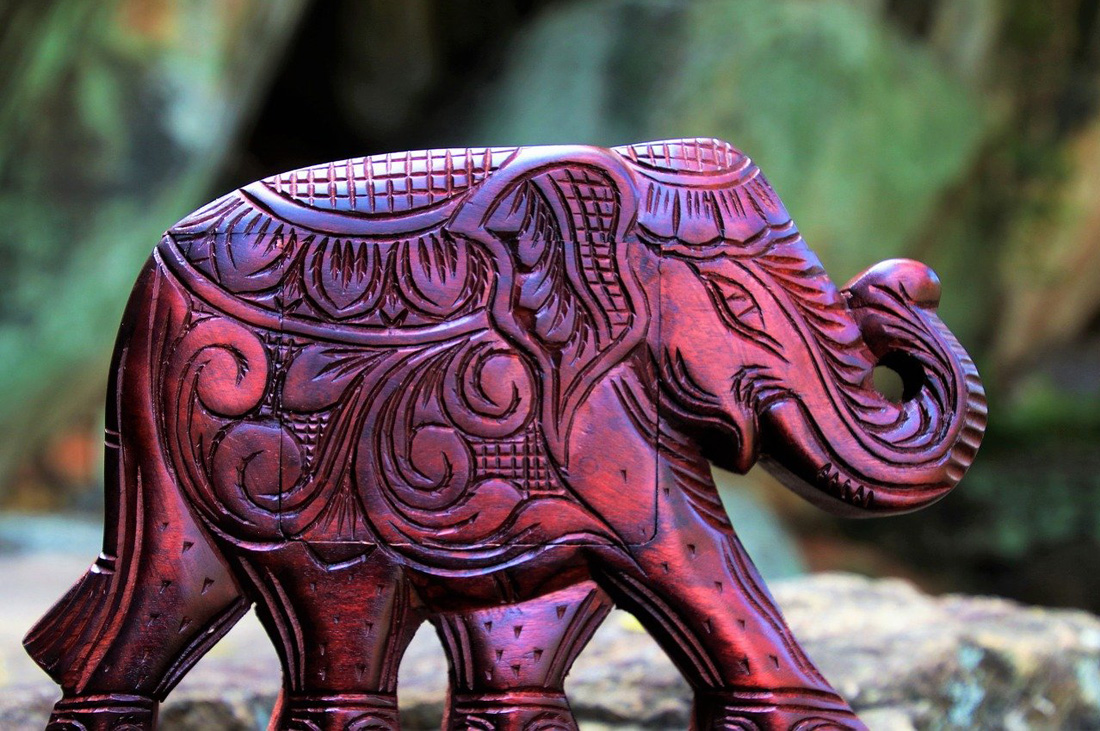 Elephant Trunk Up or Down: Elephant Statue Placement and Direction 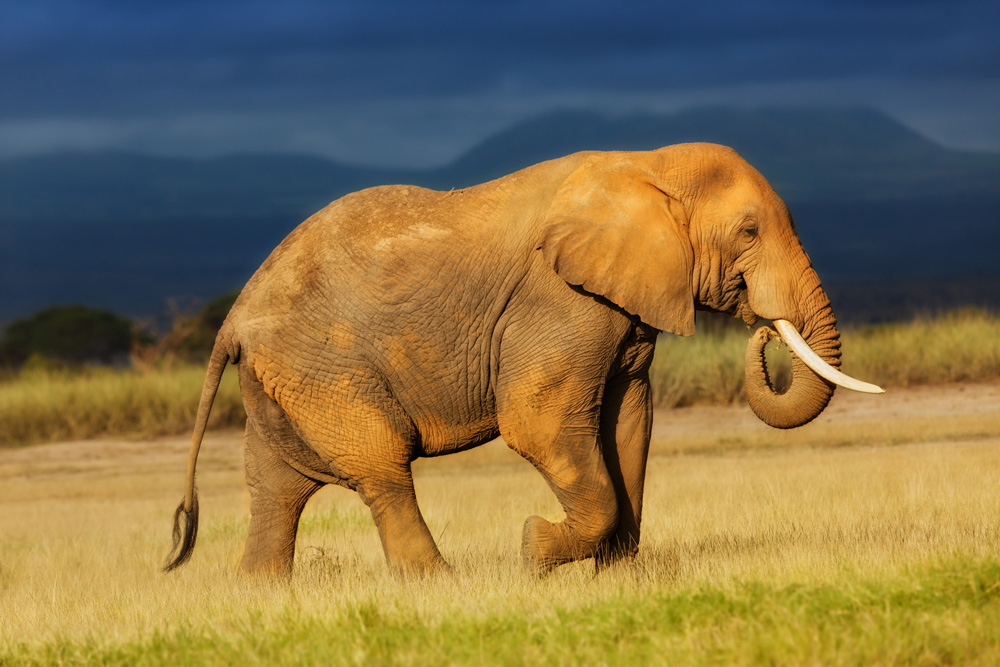 January 31, 2018October 26, 2022
Whats-Your-Sign.com (WYS) is a trusted Etsy affiliate & Amazon Associate. We also promote certain products we've tested and approved. As such, the website features sponsored products for Amazon or Etsy or other afiliates. Should you make a purchase from a link on this website, WYS may receive a small commission. This website also hosts advertisements. Please see our policy page for further information. Thank you for your purchases, as it contributes to keeping this website online and running.