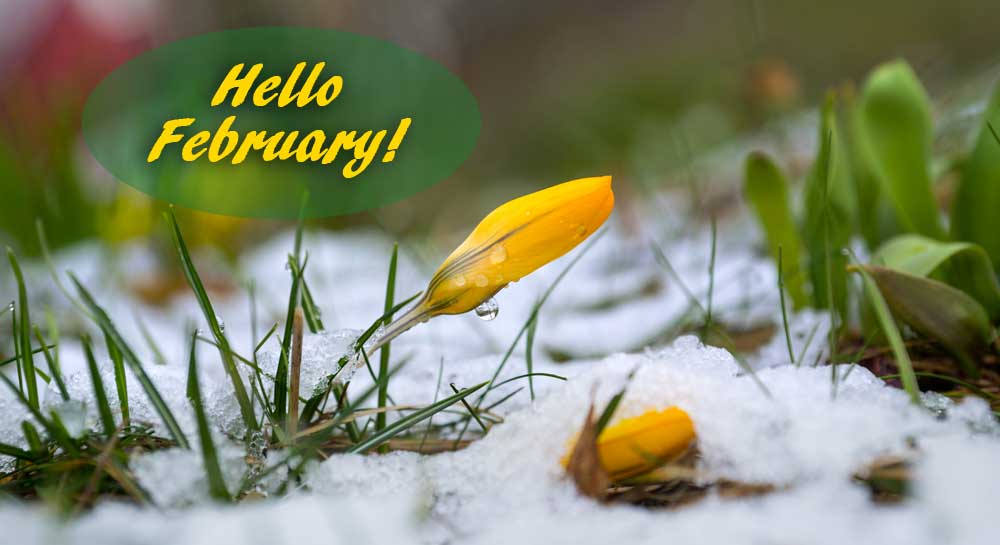 Symbols for the Month of February: February meaning might best be kicked off with a quick look at the etymology of the month’s moniker. The word February is born from the Latin word Februarius, from Latin februare meaning to “purify” or “expiate.”

In ancient Rome, Februarius was the “Month of Purification” and great festivities were held to reestablish the empire’s focus on righteous living.To me, this idea of devoting a month to the process of purification is invigorating. The hustle-bustle of the holidays are left behind – February finally sees many of us getting our first breath of fresh air. And, by this time of year the pressure of New Year’s resolutions is either incorporated itself into healthy habits or dropped by the wayside (depending upon if we’ve kept our resolution vows or not :).

February is a transitional month, and so February meaning and symbolism will have a transitional feel too. There is change in the air this time of year, and we can see this manifested in certain festivals & holidays in this month.

Where I live, up in the cold regions of North America, the Earth begins to kick just a bit. Everything is still clutched in snow and ice, but February marks the forward momentum of the seasonal procession, and offers a reminder that Spring is not far.

To give you a feel for symbolic February meaning, I’m offering a few symbolic lists for your contemplation.

We can learn more about this transitional month through exploration of symbols sacred to February. Here are a few:

Rowan
In the ancient Celtic way thought, trees offer magnificent wisdom and open up new branches of understanding about everything, including phases of the year. The Ogham is a sacred system of tree knowledge used for many purposes, including the passage of time. The Rowan tree twists in February’s awareness as a tribute to Brigid, a matriarch,Celtic goddess and magical maven in Irish mythology. With this association, the Rowan is a symbol of protection, discernment, transition and balance.

Rowans are ideal witching sticks (for locating “power-pockets” in the earth, finding water for wells) – this is symbolic of finding our spiritual paths. When invoked in February, the Rowan can help us clarify our vision and seek advantageous routes upon our life’s journey. Learn more about the Celtic symbolism of Rowan here.

Ash
February is shared by both Ash and Rowan in the Celtic lunar calendar. According to the ancient Druidic Ogham, the Ash is also a transitional symbol – making it a fitting icon for February – a month in which Spring is just beginning its ascension. Ash is a sign of creation and connects new life to our awareness where once there may have been a bleak outlook. In-line with many festivals of renewal in February, the Ash is also symbolic of rebirth.

In your February meditations, incorporate the expansive Ash for protection, earthy connections and bolstering inspiration/creativity/motivation. Learn more about the Celtic symbolism of Ash here. See more about Tree Symbolism here.

Violet
Violets (and pansies) will bloom in very cold weather. Sighting their bright petals in the snow is a picture of hope, inspiration and promise. Spring is not far when the Violets come to call. The Violet is a symbol of the ancient city of Athens. Its fragrance is sweet and the Violet has been used for centuries as a key ingredient for perfumes to arouse and stir whirlpools of love.

In ancient festivals & ceremony Violets were often woven as a crown to be worn upon the head. This signified high minded intentions as well as protection from mental ruin.  Folk medicine prescribes Violets for protection against headaches and hangovers. The color violet, a mix of blue and red (purple) is symbolic of the Crown chakra and also represents the connection between heaven and earth. Incorporate these attributes of the Violet during your contemplative moments in February. Violets are also featured at the Feast of Feralia (see “Symbolic Festivals & February Meaning” below) And please view my article on Flower Colors and Their Meanings here.

Primrose
The Primrose is included in February meaning because of its initiatory nature – it’s one of the first to herald the forthcoming of spring. Its name, primrose is derived from the Latin primus meaning first. Primrose symbolism includes courage because it takes moxie to blossom in the face of stark cold conditions -it also takes gumption to be the first to come out in the open. Primrose symbolism also includes renewal, love and devotion – all themes germane to this month of February. Primrose is also a sacred symbol of Freya, the ancient Norse goddess of beauty, refinement, fertility, love purity and youthfulness. Ancient Celtic wisdom cites the primrose affiliated with the fairie realms. Seeing a patch of primroses is a landmark or gateway into the fairie lands. Meditate on the primrose and pay homage to this delicate beauty. Doing so will elicit a levity within your heart – promoting elevated states and blissfulness. See more about Flower Symbolism here.

February Meaning and Symbolism of Festivals in History

Imbolc
This is a fire festival (one of four) devised by ancient Europeans like the Celts. It marks the halfway point between the winter solstice and the vernal equinox. This day (Feb 1st) is symbolic of the light half of the year returning. Bone-fires are lit, as are candles as a representation of the sun’s light returning to the lands. Consequently, abundant living returns to the clans too (agriculture begins anew, birth, renewal of spring, etc). As mentioned, February is a transitional month.

The Celts knew this, and Imbolc is a festival honoring the transition unique to the birth process of the seasons – particularly the transition between winter and spring. Brigid, the exalted Celtic goddess of many aspects including attributes of fertility, fire, water, healing and smithery. The goddess link to fertility sense as one translation of the word Imbolc is “of the belly” – this festival commemorates the potential of all things…there is potential in the belly; it’s only a matter of time when potential is made manifest. This February, consider the potential indwelling your soul and light a candle to coax the birth of your inner light to be made visible in the world.

Fortuna Dies (Day of Fortune)
February meaning is made more invigorating when we explore ancient Rome for festivals held this month. The Roman goddess Fortuna holds her debut in February (around the 5th, but often these festivals honoring various deities lasted for weeks in old Rome!). She is the goddess of luck, fortune, marriage, fertility and fate.

Her symbols and her visage are commonly seen on the Wheel of Fortune card of the Tarot which might be a useful meditative card this month.

Fortuna Dies is the day devoted to Fortuna, and is a day for practicing divination and “fortune telling.” Roman sorceresses, magicians, seers, and oracles were all honored on this day. It was a day for paying respect to the invisible powers that influence our lives. A day for becoming more mindful of the signs and symbols of the environment with a goal to foretell upcoming events. See “good luck” symbols here. Also learn more about the goddess Fortuna and her symbol meanings here.

Valentine’s Day
Any discussion about February symbolism without mention of Valentine’s day is criminal. Whether you are in the “bah humbug” camp about this day (February 14th) or don your own cupid wings – there is no denying Valentine’s day is devoted to love. There are several St. Valentine’s associated with the date in history. Several theories surface at the explanation of the holiday, one depicts a rebel St. Valentine administering the sacred vows of marriage to military men and their wives even though Claudius the Second banned marriages (amongst soldiers). Another theory links Valentine’s day with Lupercalia, an ancient festival (also Roman) of fertility and purification. Lupercalia is derived from Lupa, the legendary she-wolf who nursed the founders of Rome: Romulus and Remus. The feast of Lupercalia is symbolic of the founding, provision and growth of the empire. Therefore, Lupercalian ceremonies and rituals were performed as a means to galvanize the proliferation and expansion of the empire. See heart symbolism here.

Feast of Feralia
One of my favorite observances. Around the 21st of February, ancient Romans honored their ancestors, the souls of their deceased (also known as “Manes”). Feralia is the public festival, whereas Parentalia is the private observance of loved ones passed from physical realms. Parentalia was a week-long observance conducted privately among Roman citizens. Behind closed doors, words of honor were spoken in reverence to ancestors, special meals were eaten in observance of transitioned souls and ceremonies were held within the family to pay tribute to loved ones of days gone by.

After a week of somber devotion, Feralia sparked a public festival. Feasts were consumed and offerings were left at grave sites to publicly convey love, honor and remembrance of the dead. Violets were strewn everywhere, particularly upon grave stones to make the memories of loved ones immortal. Special artisan breads and wines were also left as offerings to the dearly departed. Salt was also sprinkled around altars and graves as a symbol of preserving (curing) the memories of loved ones. There is legend that states Romans eventually neglected the public feast of Feralia, and ultimately, the result was Rome’s decline. Perhaps the symbolic lesson here is to remember the spirits of kin and clan and honor them, otherwise succumb to a life of ambiguity and decrepitude.

These are just a few thoughts about February Meaning and February symbolism geared to inspire you to look more deeply into the pearls of potential nestled in the womb of this month. Go to your library, search the internet, do your own research into the possible meanings of February and make deep symbolic connections every day this month. Doing so will enrich your daily life and hone your focus on the beauty inherent in every moment.

Check out the links on this article for more insights into symbolic meanings connected with this month and more!

May all your moments in February blossom with good fortune.

Love symbols profoundly assist us in describing the often elusive emotion that consumes us when considering love itself. This article gives you a list of symbols for love to help get a handle of this vast emotion. Check out these love symbols here.

Flowers and meanings have been the subject of conversation for as long as humankind has taken the time to behold the beauty enfolded in each petal. Click here to check out a whole list of flower meanings and symbolism. 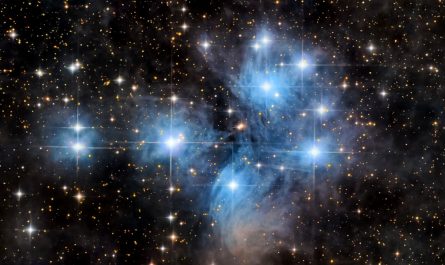 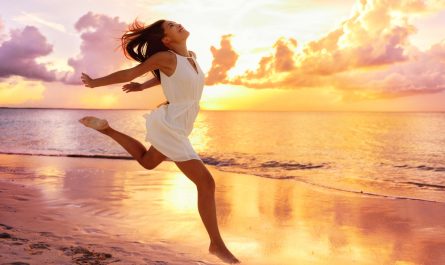 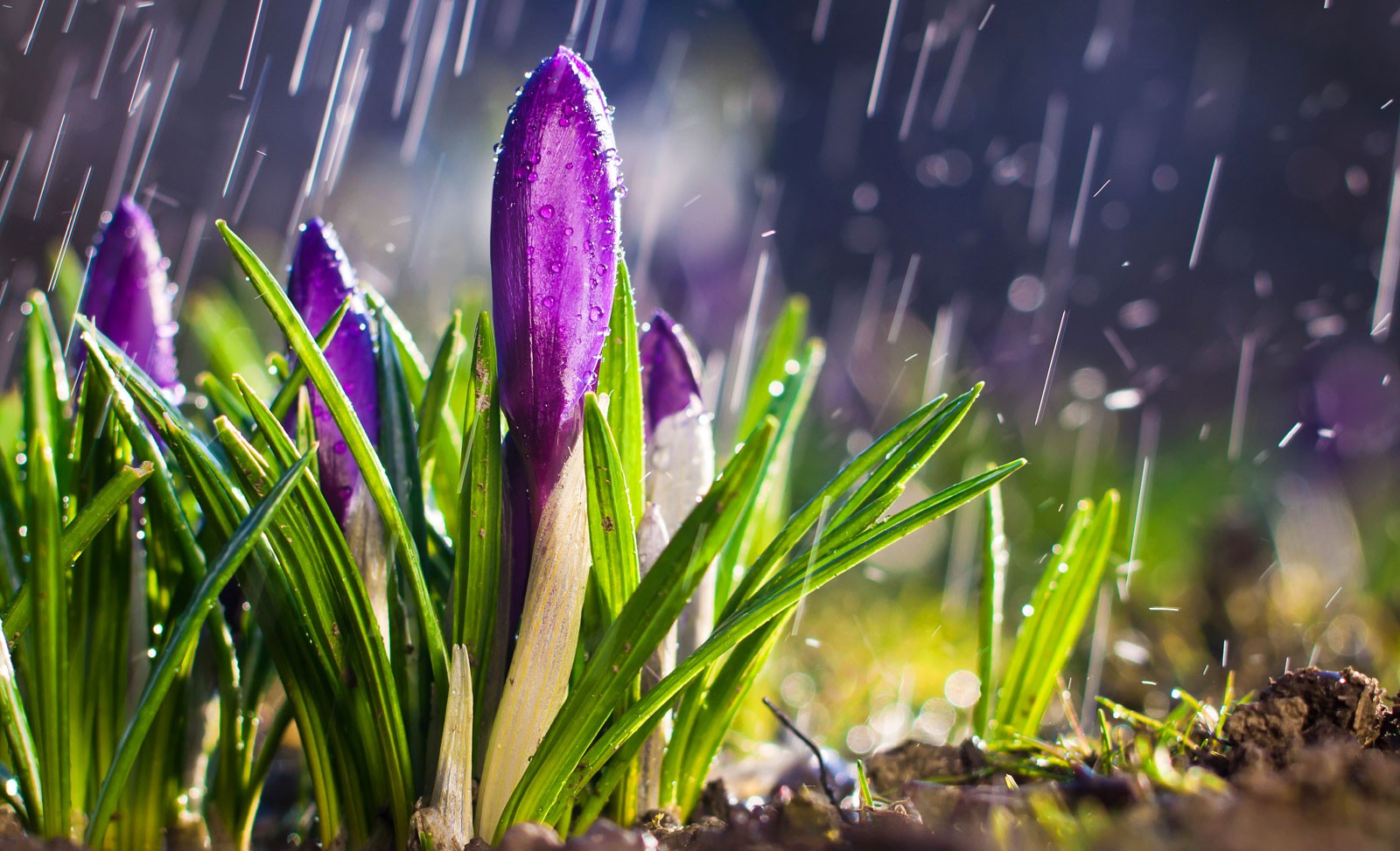 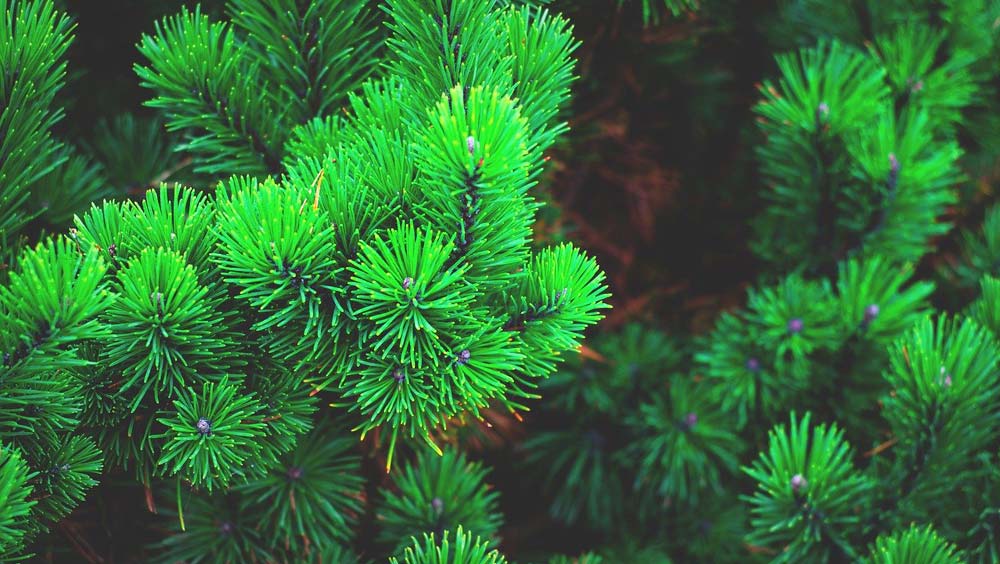 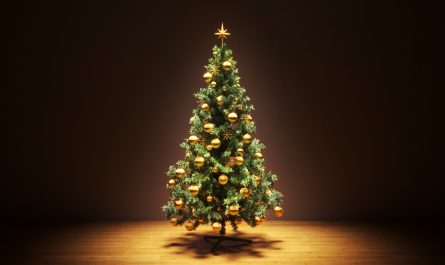 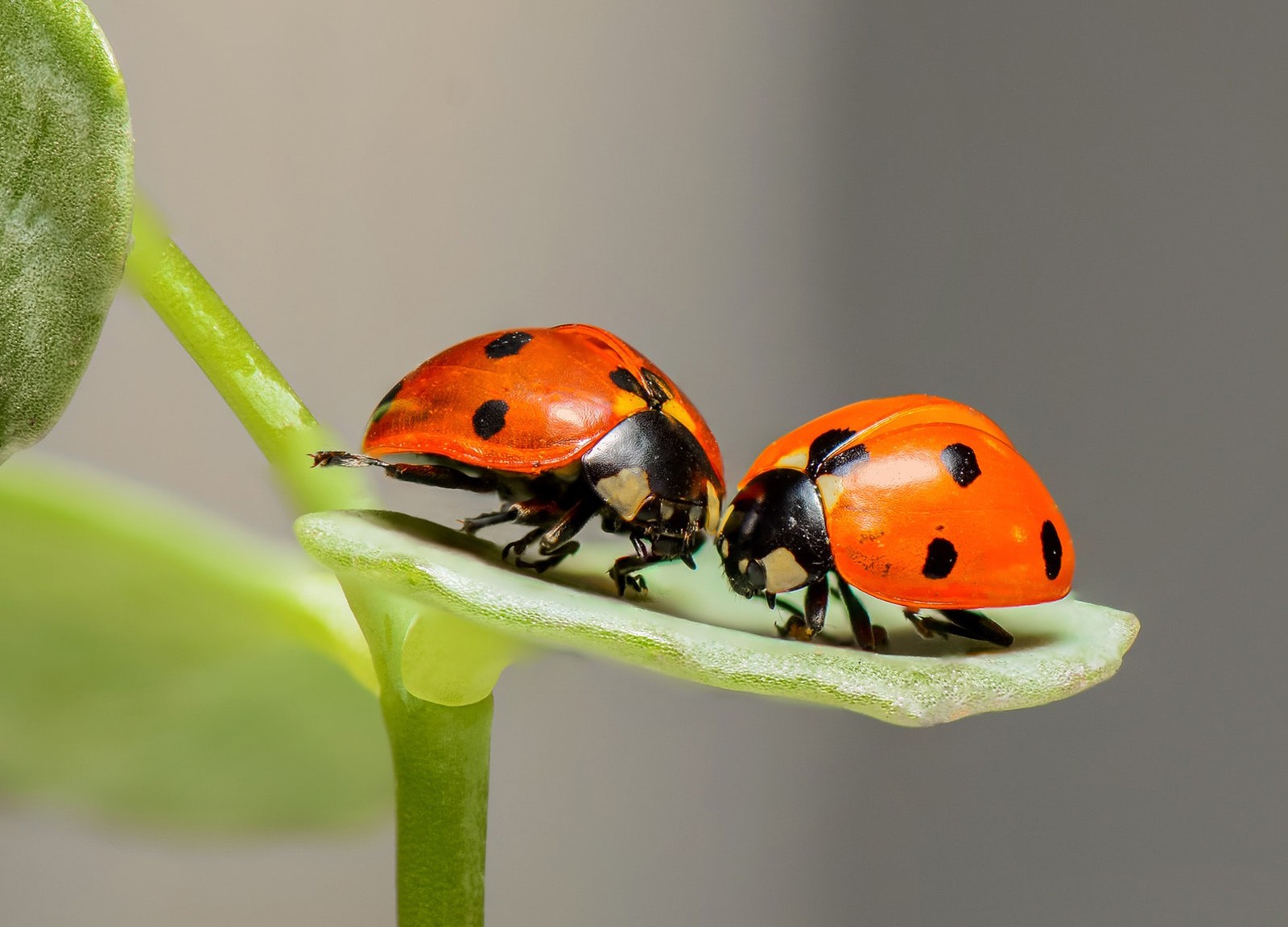 February 12, 2018October 25, 2020
Whats-Your-Sign.com (WYS) is a trusted Etsy affiliate & Amazon Associate. We also promote certain products we've tested and approved. As such, the website features sponsored products for Amazon or Etsy or other afiliates. Should you make a purchase from a link on this website, WYS may receive a small commission. This website also hosts advertisements. Please see our policy page for further information. Thank you for your purchases, as it contributes to keeping this website online and running.