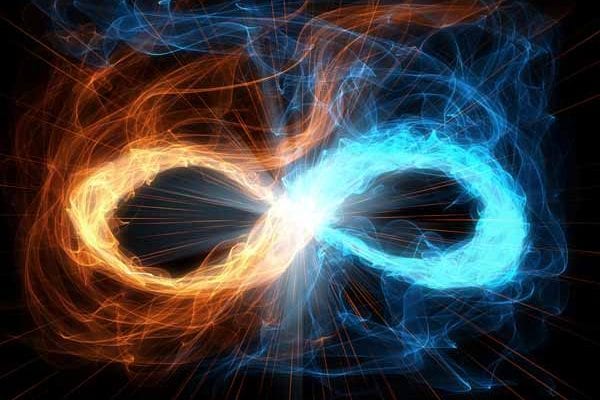 The infinity symbol is also known as a lemniscate, or a figure-eight symbol.  It can be thought of in terms of a Mobius strip…and it’s also tightly connected with the legendary Ouroboros. That’s a lot of jibber-jabber to say this symbol is a big deal.

So what is it, exactly? The infinity symbol is a representation of..what else? Infinity! It is an icon that reflects the infinite flow of life, Nature, and energy.  This symbol is a classic snapshot of the cyclical behavior of our lives and the universe within which we live.

The essence of infinity (and this symbol) says: “There is no end. There is no beginning.”  That’s a weighty concept. But if you think about it…it’s true. There is no death, only transformation from one form of life to a different form. And with no ending or death, there can’t be any beginnings. I find this really helpful during severe times of transition, and the infinity symbol reminds me of this major decree of all life. The infinity (lemniscate) symbol also means a few other things like…

So, most of these keywords make sense. But connection and independence bunched together? What’s up with that? Notice the infinity symbol expresses a path that can be viewed as independent travel, but it also has a distinct connection point. In terms of our life experience, this suggests we all live independently, but points of connection with others is inevitable.

“If the doors of perception were cleansed, everything would appear to man as it is – infinite.”

Infinity symbol meaning also points to the twisted nature of life. Consider: Life is not linear. For example, if you’ve ever set a goal, I’m willing to bet my buttons that path to reaching your goal never traveled in a direct path.  Nothing ever moves from point A to point B in a straight line.

That’s because life is lived on a curve. All paths are stuffed with ups, downs and crazy curves. It has to do with gaining a better perspective, and testing the full range of experiences as we move through life. So when you’re struggling to reach the end game and frustrated as hell about setbacks (or things aren’t going the way you want) think about the infinity symbol. It’s a reminder that life is a loopy process, and things will take a turn in a better direction eventually.

We can also contemplate this symbol as a tool for meditation.  I like to fiddle with the word ‘skate’ and ‘lemniscate’ when I meditate upon the infinity symbol.  So my method of meditation is deeply pondering myself on roller skates, riding the smooth curves of the lemniscate (infinity symbol).  Here is a break-down of this visual meditation…

It’s a powerful meditative exercise. Give this Jedi mind-meditation a spin sometime…I’ll wager my wigwam you will find it powerful and effective in centering yourself as well as gaining ease about “going with the flow.”

Infinity Symbol Meanings and the Ouroboros

The Ouroboros makes its appearance in several ancient cultural myths, like Egyptian, Greek, Hermetic and more.

The Ouroboros is commonly seen as a serpent eating its own tail. It can be seen doing this in a twisty manner like the infinity symbol, or sometimes in a circle with no crossover.

Here are a few infinity symbol meanings related to this self-consuming serpent.

The overwhelming message the Ouroboros provides is “all is one” – the concept of connection and the totality of all.  Other thoughts that come to mind with the serpentine infinity symbol include:

To be sure, infinity symbol meanings are just as relevant today as they were in ancient times. Whether you view it as a figure-eight on a roller rink, an algebraic/geometric lemniscate or a dandy good doodle..I hope this article offers inspiration about the vast paths of life and energy.

As always, thanks for reading. If you liked this article, please feel free to share on your social’s, and check out related links below. Thanks!

The circle symbol meaning is universal, sacred and divine. It represents the infinite nature of energy, and the inclusivity of the universe. Get more about symbolic circle meaning here.