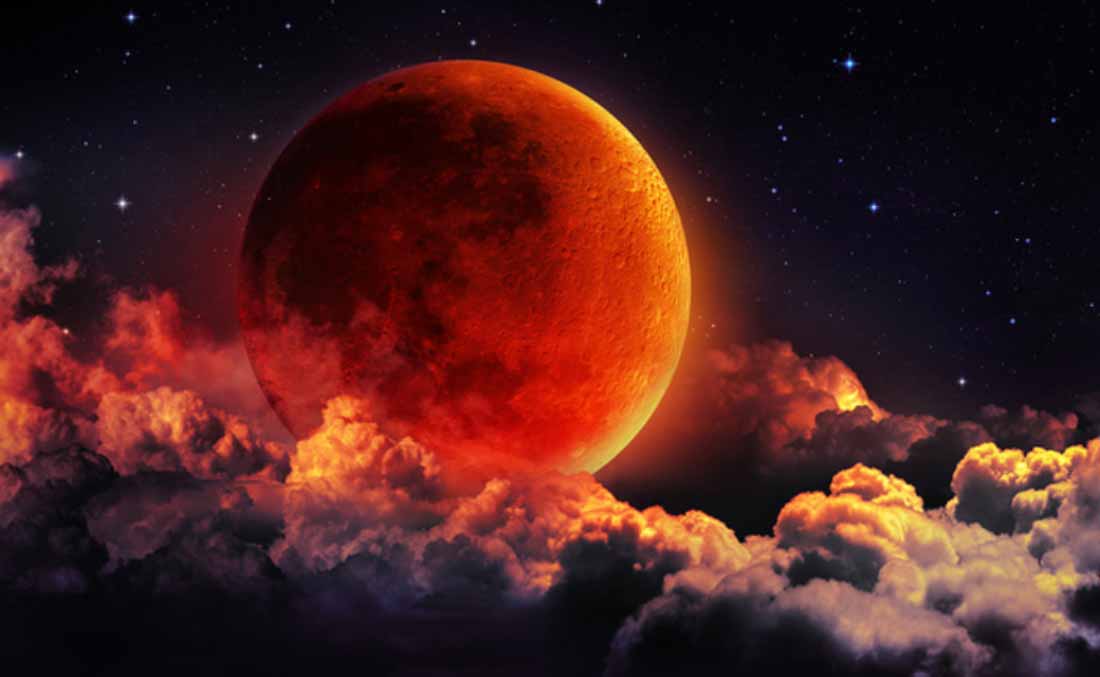 Exploring the Blood Moon Meaning, Myths, and Stuff to Do During the Full Lunar Eclipse

The full-blood moon lunar eclipse is upcoming! The term ‘blood moon’ is fairly new in modern, popular media, and it is not a term commonly used in astronomy. At its simplest, a blood moon is a way to describe the ruddy red hue the moon takes on during a total lunar eclipse. The blood-red color is owed to the moon blocking the light of the sun. What little light that does peek through is refracted by the earth’s atmosphere giving the moon a sanguine appearance.  So what’s it all about, Alfie?  What’s up with the blood moon meaning and what do we do with all this total lunar eclipse stuff?

The phrase ‘blood moon’ started hitting its stride in pop culture and language thanks to apocalyptic theories set forth by the Christian-Zionist minister John Hagee in his book Four Blood Moons.  Hagee drew conclusions about the four blood moons that took place in 2014 & 2015 that landed on major Jewish holidays and it was a sign of the end times. Obviously, the world didn’t end and the apocalypse prophecy was put on the shelf until some zealot could blame the end of days on another Natural phenomenon. Poor Mother Nature…always the scapegoat for doomsdays.

Blood Moon Meaning in Myth: The Bad Side of the Blood Moon

Regrettably, Hagee wasn’t the only one to badmouth the moon in her bloody fullness. I suppose the maligning is understandable. I mean, a total lunar eclipse is a rare event, and the rusty red color of the moon can be mesmerizing….some might even say unsettling (I’m not in that group…I think Lady Luna is bedazzling when she dons her crimson robes).  Personal opinions aside, here are a few myths about the blood moon that cast the moon in a spooky light.

Mesopotamia: This ancient culture was super-clever about pinpointing celestial events such as the total lunar eclipse. They perceived the blood moon as a threat to their king, believing its reveal would harm or even cause the king’s death.  To avoid disaster to the monarchy, the ancient Mesopotamians elected a fake ringer for the king, known as the Blood Moon King, and the true king was tucked away in hiding during the blood moon.  Too bad for the king’s doppelganger, because some versions of the story state the fake king was doomed to be slaughtered upon completion of the eclipse and the real king would then reclaim his place on the throne. Bummer.

I find this Mesopotamian myth interesting because it speaks to a lot of stuff like sacrifice, power, and secrets.  Symbolically, this legend replicates the power and influence of the moon. It is a time to sacrifice ourselves to the potential of the eclipse, just as the Blood Moon King was sacrificed.  The blood moon, at its core, is about change and transformation.

In a way, I think the Blood Moon King myth is encouraging us to surrender to change in our lives. It’s also interesting the true king absconded during the total lunar eclipse…fleeing threat and danger in order to uphold order and the royal regime. This is a head-scratcher (for me) because it speaks to cowardice and holding onto old beliefs in order to control society. Kinda sounds familiar when you compare the original Mesopotamian king’s actions with modern politicians we observe today, eh?  At any rate, the blood moon is about exposure, and unfortunately, the cowardice of the true king was kept secret, and the Blood Moon King was killed.  I think the moral of this myth is about embracing transparency, facing change fearlessly, and never running away from consequences.

Hindu: The blood moon meaning in ancient Hinduism is embroiled in a conflict between the celestial gods Chandra (moon god), Surya (sun god), and Rahu.  These three mythological figures were in constant battle. Why? Because Rahu was a mischievous type, always causing chaos and wreaking havoc in the universe. Rahu wasn’t kindly thought of by Chandra and Surya because he stood for negative behaviors such as greed, confusion, and selfishness.  It was also thought Rahu had a wicked-inflated ego which Chandra and Surya felt needed to be squashed in order to restore balance to the cosmos.

As the ancient Hindu myths go (there are different versions…this is the one I’m most familiar with), Rahu wanted total power over everything and he drank from a magical goblet of immortality so he could go about his tricky way throughout all eternity.

In their ongoing attempts to restore the balance, The sun god Surya and the moon god Chandra cut Rahu’s head off to dispel his nefarious influences once and for all.  Unfortunately, he had already drunk the potion of immortality, so Rahu’s head remained alive. Consequently, Rahu’s noggin was in perpetual motion to gobble up the sun and the moon every night in a revenge-fueled attempt to snuff out these illuminating influences from the galaxy.

Sometimes, Rahu succeeded, swallowing the sun and moon gods completely. When this happens, the ancient Hindu’s recognized this as the bloody moon. The blood moon in India represents Rahu’s evil reign over the forces of good and order (and his rage against the celestial gods of righteous harmony). To this day, cleansing rituals are performed during the blood moon to thwart the maligned influence of Rahu as he has his night of dominance during the total lunar eclipse.

Symbolically, the myth is a classic tale of the forces between good vs. evil and balance vs. chaos. In essence, the blood moon reminds us that these forces exist, and we must do our best to restore harmony and uphold goodness whenever possible.

The Lighter Side of Blood Moon Meaning: Positive Myths About the Lunar Eclipse

Native American: Certain Native tribes believed the blood moon indicated the moon was injured and needed to be healed.  The Pawnee, for example, believed the moon was wounded from a fight between the sun spirit named Shakuru and the moon spirit called Pah.  One version reveals that Shakuru and Pah had an epic battle over who truly shone the brightest and finest in the celestial skies.

After a thunderous fight to finally settle the argument, Shakuru and Pah (bloodied and bruised) decided to call a truce and agree they could both share the spotlight in the heavens.  The Pawnee people wanted to heal the wounds from their battle and would conduct cleansing and healing ceremonies during and after the blood moon so that Shakuru and Pah may never beat each other senseless again.  Symbolically, this is another nod to balance and order.  It provides a lesson of allowing others to shine bright and avoiding conflicts that are ego-driven.

Celtic: In ancient Ireland, there are stories about Rhiannon, the Celtic goddess of the moon.  The blood moon myth (and Rhiannon) represented a time of great opportunity, power, and fertility. The blood moon for the Druids and ancient Celts was a profound time that encouraged prophetic dreams and heightened intuition. It was symbolic of fertile crops, new ideas, helpful insights, and a time rich with potential.  Ceremonies were conducted during the blood moon to encourage new life, rebirth, and shedding of old habits. Depending upon the time of year the total lunar eclipse occurred, the blood moon meaning shifted.

For example, if it was during the time of Samhain (October), this was a time of heavy harvest and slaughter of livestock to prepare for the winter months to come. At this time, the blood moon was considered a blessing, and special rituals and ceremonies were conducted to appease the Nature spirits and express gratitude for the abundant harvests.  Symbolically, the blood moon meaning reminds us to give thanks for what we have…read on about the power of having an attitude of gratitude during the lunar eclipse.

Get Picking:  This is a full moon.  That means it’s a great time to do some energetic collecting.  Consider ideas ripe for the harvest that needs to be picked and worked on.  Also, consider loose ends that require tidying before the long winter months hit.  Part of the harvest is prevention.

Get a Clue:  This is a full lunar eclipse.  Symbolically, a lunar eclipse speaks to us about stuff that is a major presence in our lives.  We know it’s there.  It shines brightly in our lives.  Nonetheless, it’s often blocked by something (time constraints, the ego, ignorance, denial, etc).  During this blood moon eclipse, it might be a good idea to recognize and appreciate the ‘big obvious’ in our lives.  This could be as simple as recognizing mentors, family, our kids, or special friends in our lives.  Those people who always shine, but our business or whatever gets in the way of giving thanks for them.

Get a Life:  The symbolism of blood is a big deal.  It means life.  It is the ocean in which all life thrives and exists on this earth.  This blood moon eclipse might be a good time to get in the flow of that concept.  This could mean paying attention to our health concerns.  It might mean re-devoting yourself to the“life-blood” which could be your passions, your children, community…that big aspect of your life that insures life moves forward.

Give it Up:  Blood is about sacrifice.  I’m not trying to freak you out here, but it’s true that blood has been steeped in the concept of sacrifice since ancient times.  Consequently, this might be a good time to consider the sacrifices others have made for you.  For example, blood moons are a time for me to thank the military men and women who shed their blood in service to our country.  What sacrifices have your parents, ancestors, and friends made for you? Go as far as voting rights or even the ability to drink from a fountain that non-designated. I think you get the idea here. Loads of courageous folks have sacrificed their blood, sweat, and tears so you and I can live a better life today. That’s why this blood moon meaning is particularly profound to me. This is also a good time to consider what kind of sacrifices you can make to better yourself, others, your community, the world.  What can you shed that will lighten and brighten the world?

These are just a few symbolic ideas that hold hands with the full-blood moon.  However, you intend to acknowledge this special lunar eclipse – I hope all your moments with Lady Luna are illuminating.

This page on symbolic moon facts is devoted to the various illuminating qualities of the moon from a philosophical and metaphysical perspective. Get more symbolic moon meanings and moon facts here. 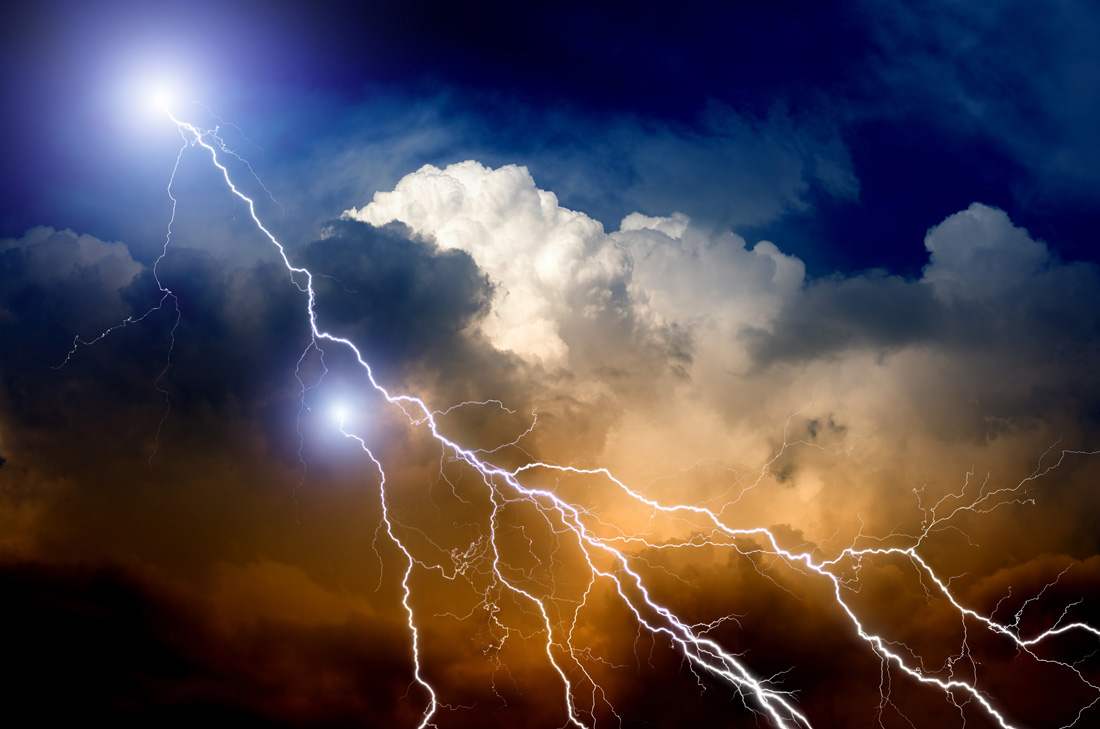 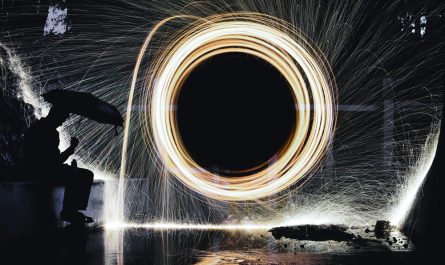 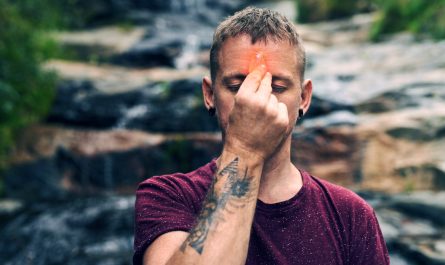 12 Crystals That Help With Focus and Concentration

February 11, 2018October 25, 2020
Whats-Your-Sign.com (WYS) is a trusted Etsy affiliate & Amazon Associate. As such, the website features sponsored products for Amazon or Etsy. Should you make an Amazon or Etsy purchase from a link on this website, WYS may receive a small commission. Thank you for your purchases, as it contributes to keeping this website online and running.