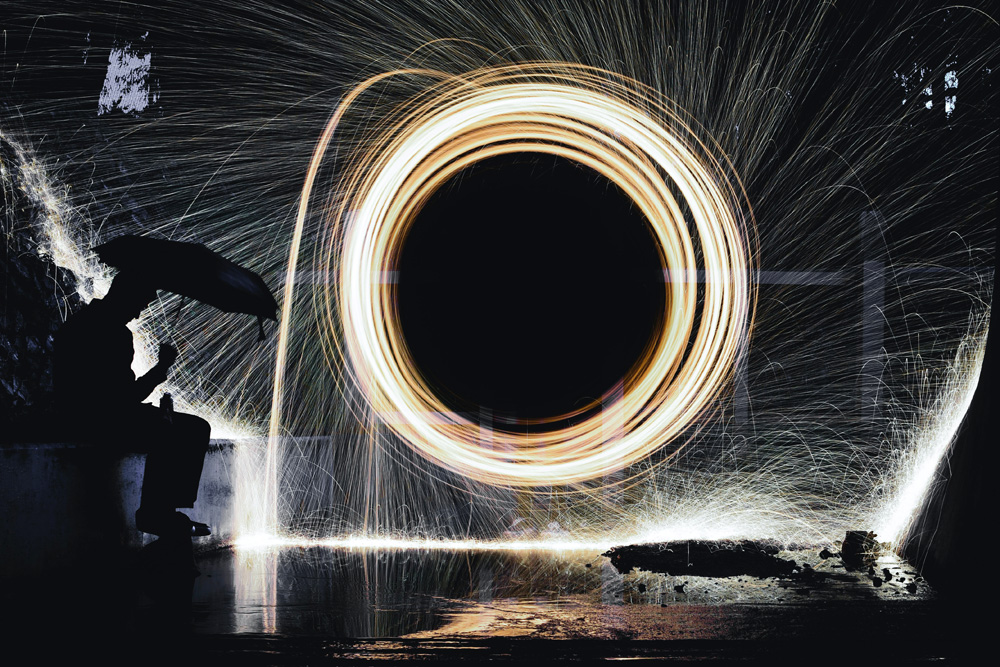 Realizations About Embracing the Void:  A few years ago, I had an epiphany while attending a convention. I arrived early, settled in a comfy seat, and started watching the other attendees as they entered and sat at their tables.  One person entered dancing like a performer. Another seemed withdrawn as if lost in thought. Some people started eating, talking, laughing, drinking while others just found their seats and sat quietly.

That glimpse or brief enlightened observation gave me a realization. Each one of us is in our own world, whatever we are doing and with who we were doing it. We’re not necessarily lonely, but we are alone – or perhaps isolated might be a better word. Our thoughts, longings, and core selves aren’t part of anyone else’s lives.

If you think about it, humans all experience a core aloneness or separateness. Sometimes we are completely unaware of this, and sometimes our awareness is profound. However, it is there all the same.

The Divine Source and the Void

Certain religious beliefs explain that there is nothing but the divine. Physical or spiritual – everything in the universe is an expression of its creator (such as God, divine source, higher power, however you express the energy that animates life), much like your thoughts and actions are manifestations of your personality.

The light of divinity is overwhelming, filling every corner of the universe. Just as a ray of light within from the sun cannot exist as a separate entity, this all-encompassing light cannot exist without the body of the sun.

As a result, to allow for creation to exist in all of its limitless facets, the divine source conceals its own light – otherwise, we could not fully experience the sun (or the divine void). We are capable of being and experiencing life thanks to this concealment, which is known as tzimtzum in Kabbalah. Moreover, this muting gives us the sense that we are real, solid, and the center of our universe.

We are separated and unique because of this necessary illusion of aloneness and solidity. We can’t see the truth the way it is in its raw state. Our destiny is to see past the illusion and become magnificent expressions of the divine.  That’s what embracing the void is all about.

The Illusion of the Void

Despite its power, the illusion of the void is not total. In fact, if we were completely oblivious to the beyond (as in embracing the void), we would be perfectly happy. In such a world, there would be no need to question ourselves or our existence, no driving force to discover more.

However, we are not completely cut off. Those who walk this earth are surrounded and infused with the infinite light from before creation. It is this light that gives us the sense that there is something else beyond us. Unfortunately, this something does not always feel real. Rather, it feels like a void.

Our consciousness is clouded by this void, this lack, which threatens our sense of secure comfort and brings with it an essential longing that leaves us wanting more. We yearn for something substantial, real, profound…something greater, grander, and beyond common existence.

There is Nothing Missing

There is actually nothing missing, only a glimpse of something present, but too large and amazing for our ordinary senses to perceive. Humans are not naturally inclined to relate to the physical world in such an esoteric way. Why? Because we are solid, living beings in a material world. We are often vulnerable and uncomfortable when we are not physically present. We avoid this experience altogether or seek to fill the void with physical things rather than gradually allowing our eyes to adjust to this more subtle light.

Despite the sense of void, we are relentlessly drawn toward the next high, the next success, the more exciting love experience, or the next best vehicle or electronic gadget. Many times we do anything we can to avoid facing the threatening insubstantiality of it all – dissatisfaction, discomfort, sadness, anxiety, depression.

Compensation and the Void

This can manifest in obsessions like drinking, overworking, overspending, smoking, overeating. We keep stuffing ourselves – needing and greedily grabbing more and more. In truth, what we are really doing is stuffing the void which is a natural phenomenon in all life.

While it may seem unsettling and intimidating, taking the time to stop running (or buying, overworking, eating, whatever) can enable you to discover the secret of the void. In turn, this can expand your perceptions beyond what you are used to – beyond any kind of common reality you know.

The song of the void can stir forgotten memories and open your heart, like a vivid dream whose impression lasts or like a song that stirs memories of a long-ago time. Embracing the void may also produce sensations such as faintly smelling an aroma that lingers. The void speaks to you about where you came from, where you’re going, and who you’re destined to become.

Embracing the Void Rather than Avoiding It

The concept of the void and embracing it can be complex, but the message is simple. Rather than stuffing or running away from the void, just be willing to accept and incorporate it into your life. Be present and expand your ability to see. Begin reconnecting with what has been hidden from you. Begin to live life inclusively instead of excluding or avoiding the void. Instead of filling this divine, unifying essence, embrace it so that you may live fully and feel truly alive.

As physical humans, we are geared to seek permanence, solidity, and structure. But the paradox is, physical stuff is inherently impermanent, ineffable, and unstable. That sounds like a contradiction, but it’s true.

Furthermore, coming to terms with this fact can be scary. It can feel, indeed, like hovering over a dark and formless void. It’s imperative to remember that this void is a much more vast and more brilliant form of light as described in the aforementioned analogy. The void is simply too great for our senses to contain. But once we begin to step into it and embrace the void, our lives are changed forever.

Many of us spend our lives blocking out the darkness, avoiding discomfort, or disavowing any existence of some kind of divine void. We block it and run into the arms of ignorance instead of embracing the discomfort the vast unknown implies. Further, we construct stability and structure in order to compensate when things seem chaotic, or for the void that can never be controlled.

However, this does nothing to change the void. It does not expand our consciousness or our capacity to see. The more we fight, the more we remain stuck in illusion and struggle. But when we coax our eyes to see, bit by bit, the concealed light is revealed. We begin to hear the subtle music of the void. We start to release ourselves and our awareness so that we may live freely.

Practical Tactics to Accept and Adjust the Void

Every now and then, just stop and try something different. Pause in the moment, be present and shift your gears. Observe your habits and make small adjustments to make different choices. All this leads to changing and transforming your perception. In turn, this leads to you getting in touch and embracing the void.

Let yourself be open to new things. Something, anything that something – anything – that alters the way you’ve seen things up until this moment. Instead of driving down A Street, reroute on B Street. Rather than hold to the habit of eating that same bowl of ice cream every night, opt for a scrummy cup of tea.

Doing these things proves a point to the universe, and this will make it easier for you to contact and embrace the void. Letting go of protective habits allows you to take the wool off your eyes so you can expand and see a higher way of being in the vastness of the universe. 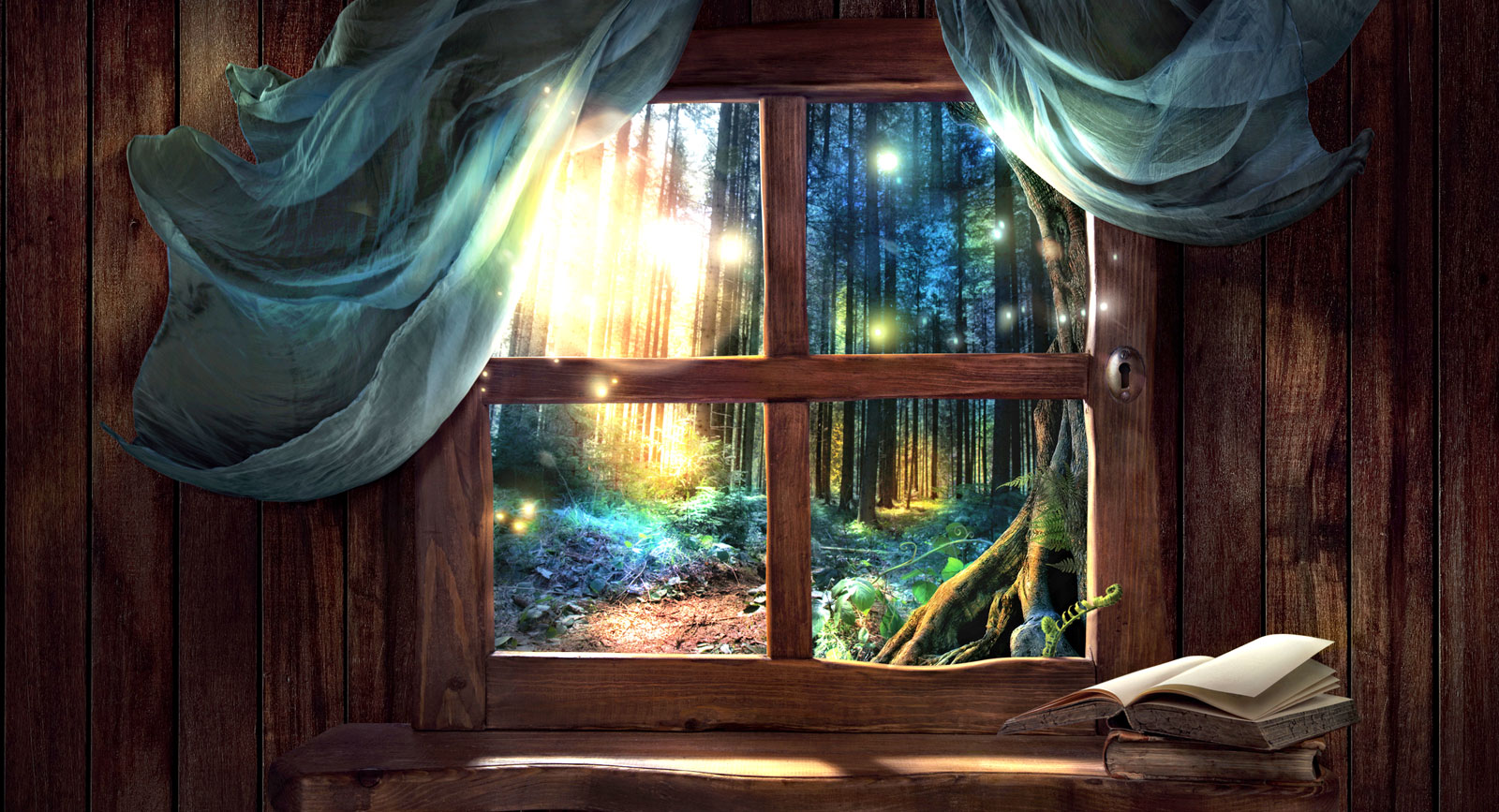 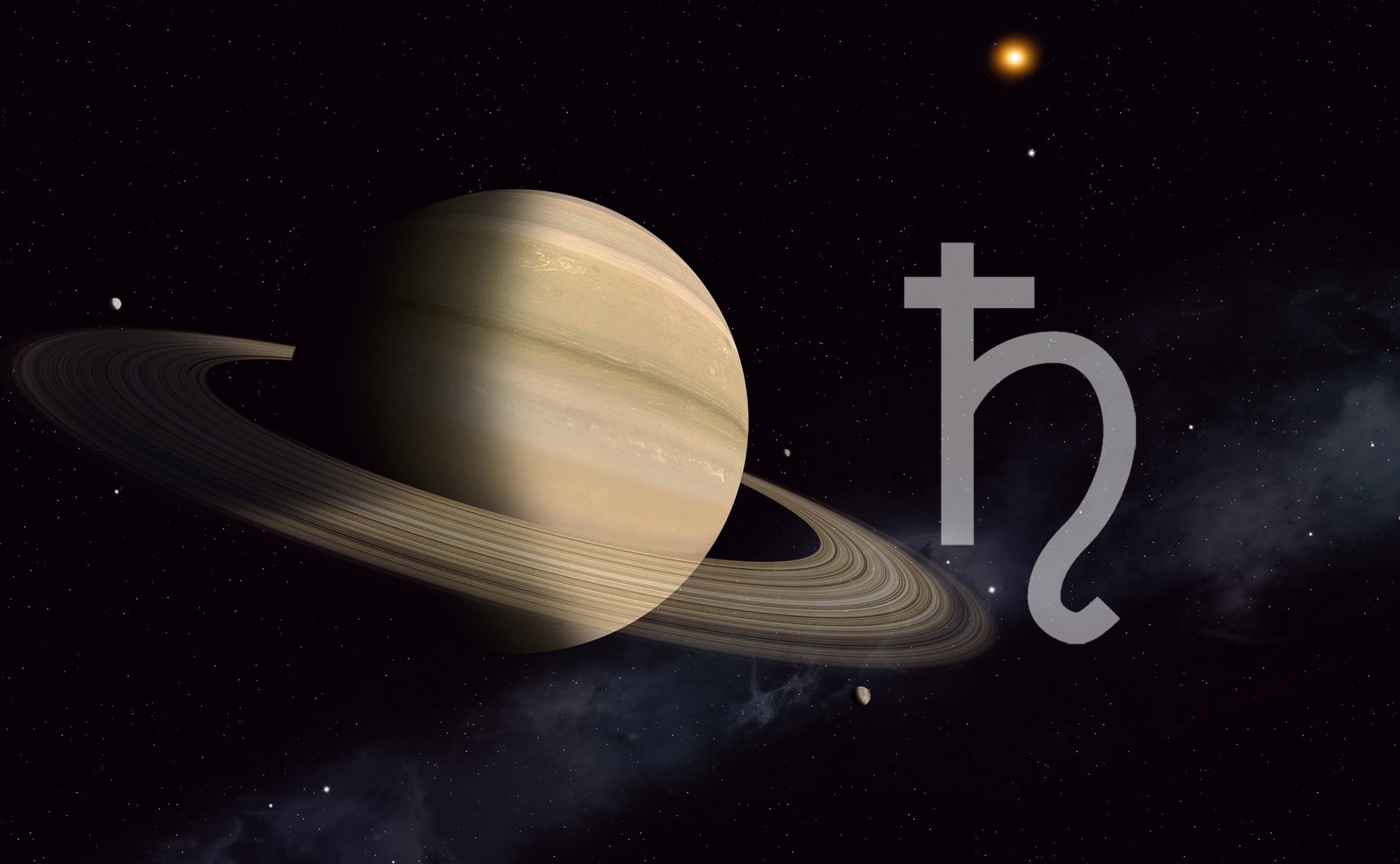 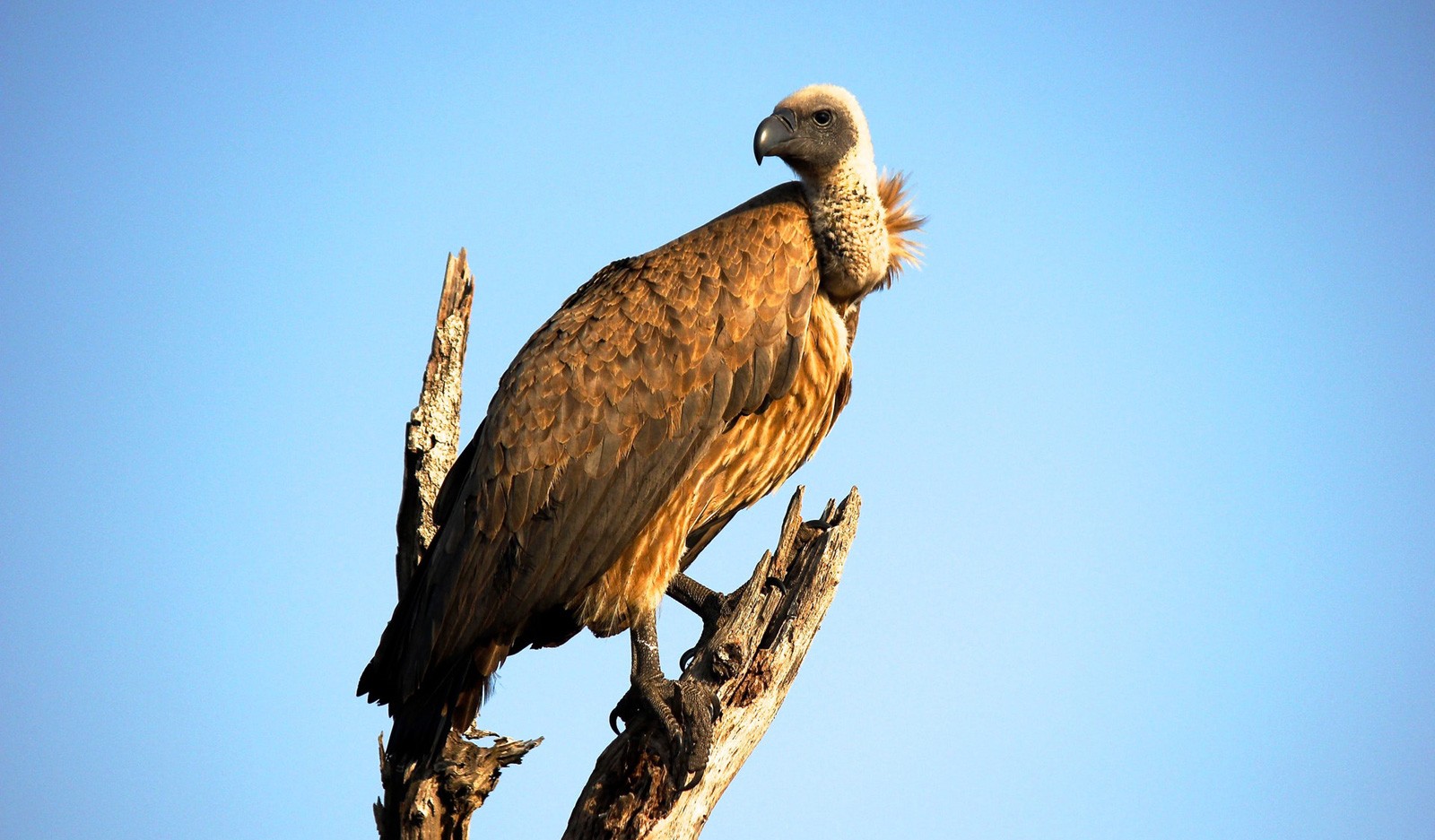 Law Of Attraction: Shape Up Or Ship Out 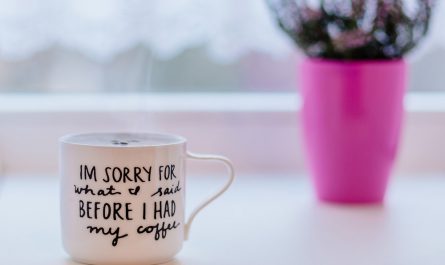 The Gift of Saying Sorry

September 25, 2021September 25, 2021
Whats-Your-Sign.com (WYS) is a trusted Etsy affiliate & Amazon Associate. As such, the website features sponsored products for Amazon or Etsy. Should you make an Amazon or Etsy purchase from a link on this website, WYS may receive a small commission. Thank you for your purchases, as it contributes to keeping this website online and running.