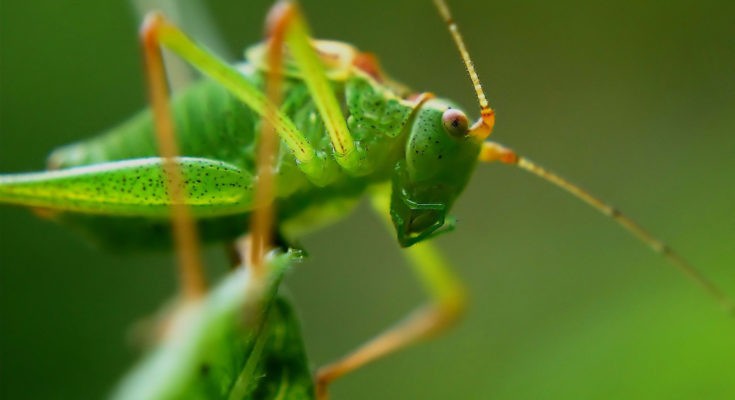 Grasshopper Symbolism and Grasshopper Totem Meanings: A reader asked me for clarification about grasshopper symbolism and various symbolic/cultural roles this magnificent creature plays within the insect realm.

As an animal totem, the grasshopper appeals to artists, musicians and dancers. To wit, the lilting song this creature emits is an inspiration to our muse; its skittering and jumping is divine choreography. The artist within us all easily recognizes the grasshopper making its own dance steps, and grooving to its own special melody.

The grasshopper moves to its own rhythm and tune, indicating this creature is a advocate of intuition and listening to our inner voices. The grasshopper encourages us to listen to our own stirrings – those beautiful chirping lullaby’s that sing in our hearts are indications of our inner beauty and creativity. The grasshopper totem reminds us these inner musings must never be silenced – rather, they should be nurtured, and always remain as the background music to the performance of our lives.

As with most insect totems, the grasshopper keeps itself to the ground. As such, this is a grounding totem, and the grasshopper can teach us stability, patience, security, and solidarity.

The grasshopper chooses those of us who are innovators, forward-thinkers, and those who progress in life by unorthodox methods. This is because grasshopper symbolism recognizes tremendous leaps of faith, impressive jumps in progress and consistent forward momentum. Those with this totem are likely to aim high, and achieve amazing feats – they take great leaps where others fear to tread (or jump, in this case).

Another special feature of the grasshopper totem is that it calls to those who have natural clairvoyant abilities. Just as the grasshopper uses thousands of tiny eyes to formulate the “big picture” so too do those whom the grasshopper is called. In other words, those with this totem are visionaries. They see things intuitively, seeing beyond what the concrete world holds, and they use this special vision to see the world with a childlike wonder.

We can call upon the grasshopper when we need a sense of adventure in our lives. When we feel stuck in a rut, the grasshopper can bounce us into magical viridian worlds filled with awe and joy.

The grasshopper can also help us when we need a little creative inspiration. If muses kept pets – the grasshopper would certainly be a first choice.

As a cultural symbol, this insect is a prominent feature in Asian traditions. For instance, the Japanese connect its molting phases with the wax and wane of the moon.

Further still, the Japanese cherished the song of this creature (particularly the long-horned grasshopper), and believed the moon coaxed the music from them.

As a Chinese symbol, the grass hopper offers attributes of longevity, happiness, good health, good luck, wealth, abundance, fertility and virtue. In fact, grasshoppers were thought to be fertility symbols; specifically omens of the birth of a son (hence, another reason for its good luck symbol status as sons are considered prized gems within the setting of the family).

In Native American Indian symbology and tribal lore (specifically the Iroquois nation) grasshopper symbolism deals with messages of glad tiding. In this context, the grasshopper is a harbinger of good news. Indeed, when this creature is seen on spirit walks, it is a sign that the seer will receive profoundly joyful news that will benefit the entire community.

Connecting With Your Grasshopper Totem

Take the time to connect with the grasshopper. Here are some suggestions in doing so…

♦  Consider the spaces in your life that need a little extra-sensory vision and call upon the eyes of the grasshopper for a grandiose view.

♦  Invoke the grasshopper’s help in making forward-motions in your life with great leaps of courage and faith.

♦  Ask the grasshopper if it might share its antennae with you – see yourself with a pair of antenna – sensing out your environment, detecting the energy around you, and gaining new clarity with your new sensory organs.

♦  Recall the summer songs of the grasshopper that lift from warm grasses like a background fragrance. Tapping into grasshopper song can be incredibly uplifting, as well as inspirational.

I hope you have enjoyed these observations on grasshopper symbolism and grasshopper totems. This is truly a magnificent creature capable of expanding your horizon to new heights. As always, thank you for reading!

Insect animal totems all seem to point to a few key characteristics: tenacity, patience, and detachment.  Click to get dozens and dozens of insect meanings on this page.

Animal totems play huge roles in our lives. They aid in self-discovery and capture our imagination, giving us incredible avenues of self-expression and awareness. Get tons of animal totem meanings and information on your totems here. 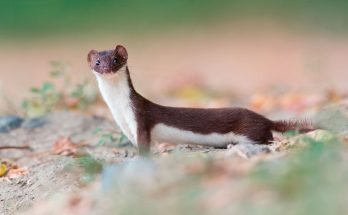