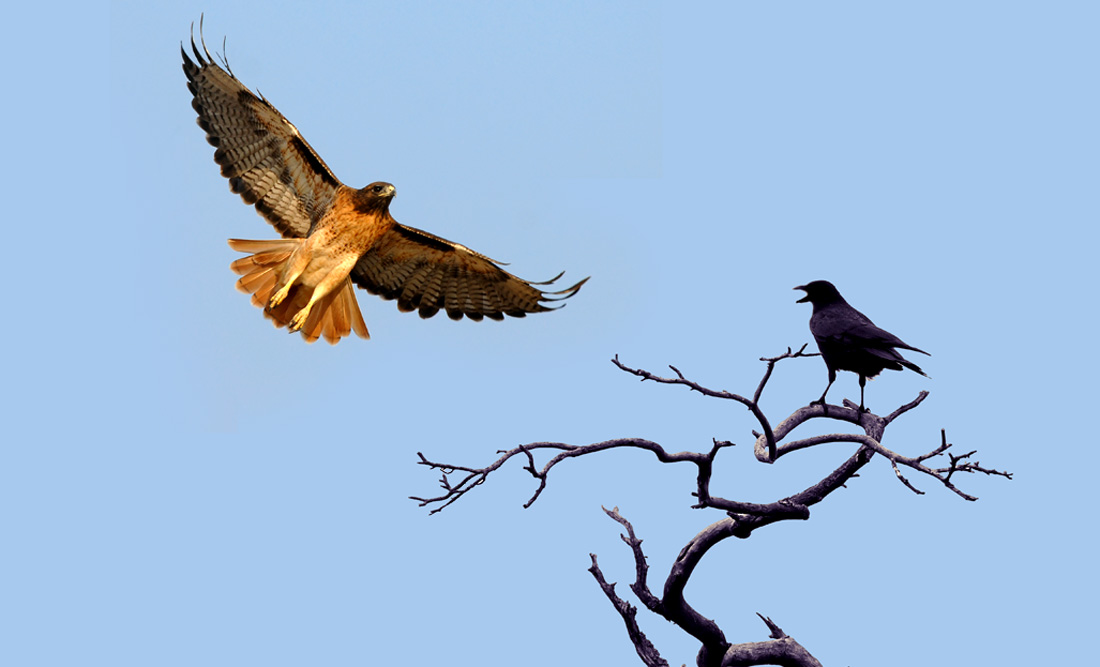 Native American culture is rich with symbolism, stories and ceremonies. Animals, especially birds like hawks and crows, are a central part of these teachings. Each animal has a purpose and a special meaning in the mythology of certain tribes. A loyal reader of this website asked me if I knew any Native American hawk and crow meaning in stories in various tribes.  This is a response to her question. So, read further about Native American stories behind the hawk and crow, what they symbolize, and how you can draw inspiration from their power. Moreover, I wanted to highlight the spiritual meaning of hawk and crow together from an indigenous perspective.

Some Background on Native American Hawk and Crow Meaning

Native American myths, like any other culture’s mythology, are full of stories and legends about animals. Two birds that are particularly prevalent in many Native American stories are the hawk and the crow. These two birds figure prominently in dreams, folklore, and spiritual beliefs, as they have been seen as symbols of strength, power, and even death. We will explore how these birds have been interpreted in Native American myths and their importance to the culture. From stories of creation to legends of war and peace, read on to discover the symbolism behind Native American hawk and crow meaning and stories.

What is the Importance of Story-Telling in the Native American Tradition?

The purpose of story-telling in the Native American tradition is to teach important lessons about life, death, and the natural world. These stories are often passed down from generation to generation, and they help to keep the culture alive. Story-telling is also a way for people to connect with their ancestors and the spirit world. With all that said, let’s take a look at the spiritual meaning of hawk and crow together in Native myths, stories, and culture.

There are many Native American stories about Hawks and Crows. In one Pueblo story, Hawk and Crow are rivals who are always trying to outdo each other. One day, they both spot a juicy piece of meat and decide to race to see who can get it first. Crow takes off flying while Hawk has to run. Crow gets to the meat first, but Hawk is right behind him. Just as Crow is about to take a bite, Hawk grabs the meat and flies away with it. Crow is so angry that he swears revenge on Hawk.  To this day, this is why hawks and crows in the wild appear to be in constant rivalry with each other.

Alternatively, another Pueblo story tells of how Hawk and Crow became friends. In this story, they live together in a nest high up in a tree. One day, while they are out looking for food, they spot a snake sunning itself on a rock. They both want to eat it, but only one of them can have it. They start arguing, and soon they start fighting. In the end, neither of them gets the snake because it slides into its hole and escapes. After that experience, they decide that it is better to be friends than enemies and they never fight again. According to this Native American myth, this is why the hawk and crow can be seen as playing nice in the wild.

In Algonquian mythology, hawk and crow are often seen as two sides of the same coin. They are both powerful symbols of change and transformation, and their stories often reflect this.

Despite their different associations, hawk and crow are often shown working together in Algonquian mythology. This is because they understand that they need each other in order to create balance in the world. Without one, the other would not be able to exist.

Some of the most popular hawk and crow stories are in Algonquian creation myths. In these creation stories, we see how these two powerful symbols come together to create something beautiful out of chaos.

Blackfoot Story of the Hawk and Crow

The Blackfoot story goes that the hawk was once a great hunter, but also a bit of a punk. One day, he spotted a crow in a pond below him. The crow was playing in the water, minding its own business. The hawk decided that he wanted to pick at the crow, so he swooped down and started messing with him with his talons. The crow struggled to escape the bullying, but it was no match for the powerful hawk. The hawk started to carry the crow up into the sky, intending to take it back and continue to have fun with the crow.

But as the hawk flew higher and higher, the clever crow caught a gust of wind in his wings and clawed the hawk’s eyes out. The hawk learned his lesson. From that day forward, the hawk decided that he would only hunt animals that are predictable and not as clever as the crow.

Navajo Story of the Hawk and Crow

One of the most famous hawk and crow stories comes from the Navajo Nation. In this story, a young boy goes on a journey to find his father, who has been taken captive by a group of wicked crows. Along the way, he meets several animals who help him on his quest, including a wise hawk and a friendly deer. Ultimately, he defeats the crows and rescues his father – with the help of the hawk and the deer.

This story highlights the importance of wisdom and perseverance in overcoming adversity. It also shows how cooperation between different types of people can lead to success. The various animals in the story represent different aspects of human nature, which come together to create a well-rounded individual capable of overcoming any challenge.

For instance, in Pueblo mythology, the hawk and crow are often seen as tricksters. They are known for their ability to change their appearance and for their cunning. The hawk is associated with the sun and with summer, while the crow is associated with winter. The two birds are often seen as enemies, but as we’ve seen, they might also have a close affinity with one another. In some stories, the hawk helps the crow find food in winter, and in other stories the crow helps the hawk find prey in summer.

In general, the symbolism of the hawk and crow revolves around the role they play in  leading people on spiritual paths or guiding them to the afterlife after death. However, they can also be seen as symbols of rebirth and renewal. In some stories, they help people to reincarnate or to find their way back to the world of the living.

Whatever their symbolism, hawks and crows are important figures in Native mythology. They teach us about balance, about opposites, and about how even enemies can have a close relationship.  Both hawks and crows in Native wisdom are also unpredictable, which wins them (especially the crow) a role of trickster.

Themes and Archetypes of Native American Hawk and Crow

The hawk and crow are two of the most commonly recurring archetypes in Native American stories. These birds are often seen as messengers from the spirit world, and they often play important roles in the lives of the people they encounter.

The spiritual meaning of hawk and crow together in Native wisdom often revolves around themes of duality or opposites such as:

These thematic, archetypal roles hawks and crows play vary depending upon tribe, and the story told. In many stories, the hawk is seen as a symbol of strength and courage, while the crow is often associated with trickery and deception. However, there is also a lot of overlap between these two archetypes, and many stories feature both hawks and crows working together to achieve a common goal.

Another important lesson is to be careful with our words. The Native American storytellers tell us that our words are powerful and can be used for good or for harm. We need to think about the consequences of our words before we speak them.

Finally, the Native American hawk and crow stories teach us about the cycle of life. They remind us that everything in life is connected and that death is a natural part of life. These stories help us to accept the inevitability of death and to live our lives in a way that honors all of life’s cycle.

Native American hawk and crow meaning and stories play huge roles in the story-telling tapestry of these incredibly diverse and vibrant cultures. The people of these tribes hold a deep reverence for these birds and strongly believe in the lessons they are meant to teach us. These majestic creatures often represent freedom, strength, courage, communication, wisdom, intuition, creativity, luck and more.

With all this information about Native American hawk and crow meaning and stories, we can learn that no matter what significance each individual may take away – there is one thing for certain – learning more about our feathery friends gives us better insight into the spiritual meaning of hawk and crow together and the beauty of nature around us. As always, thanks for reading! 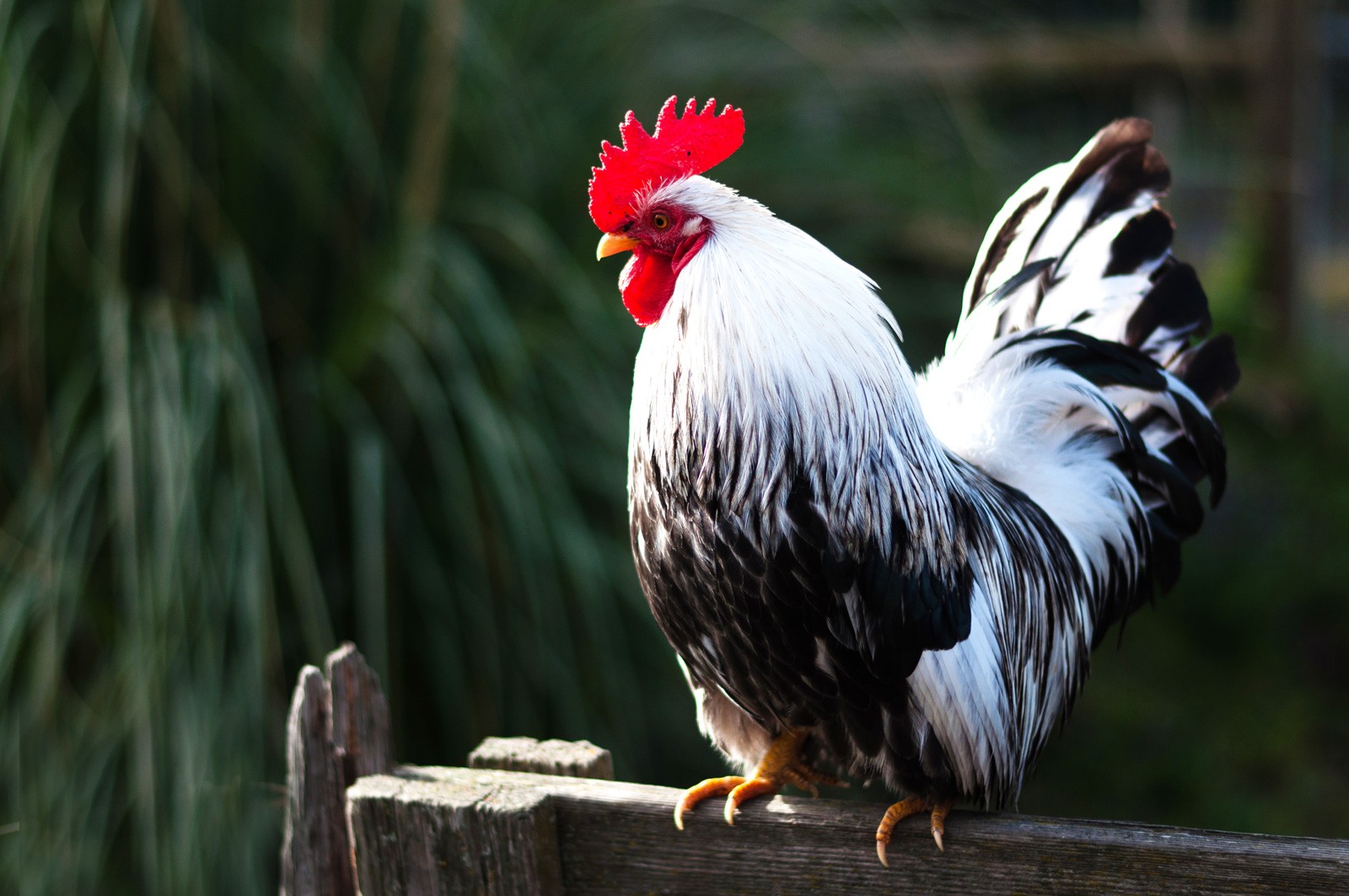 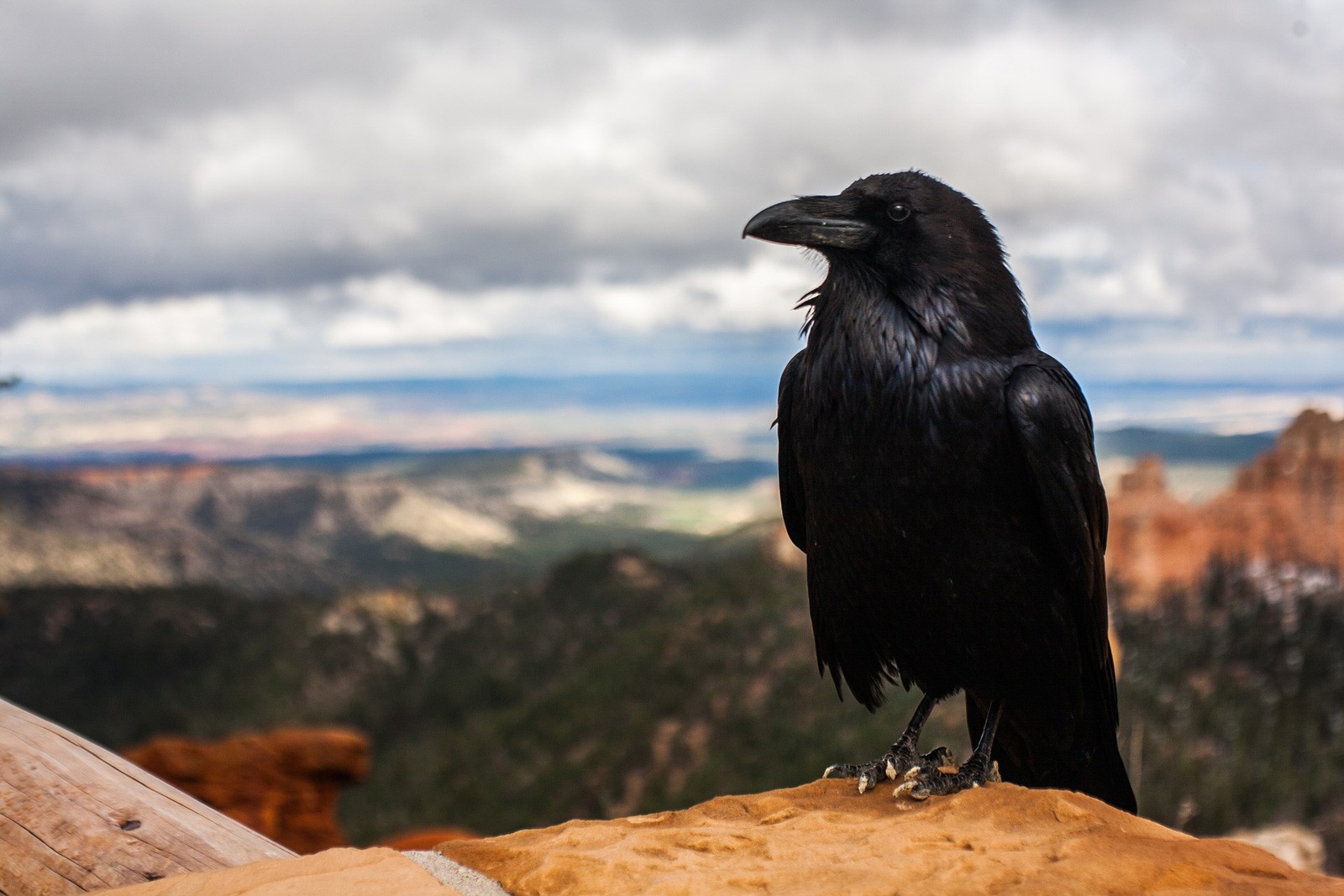 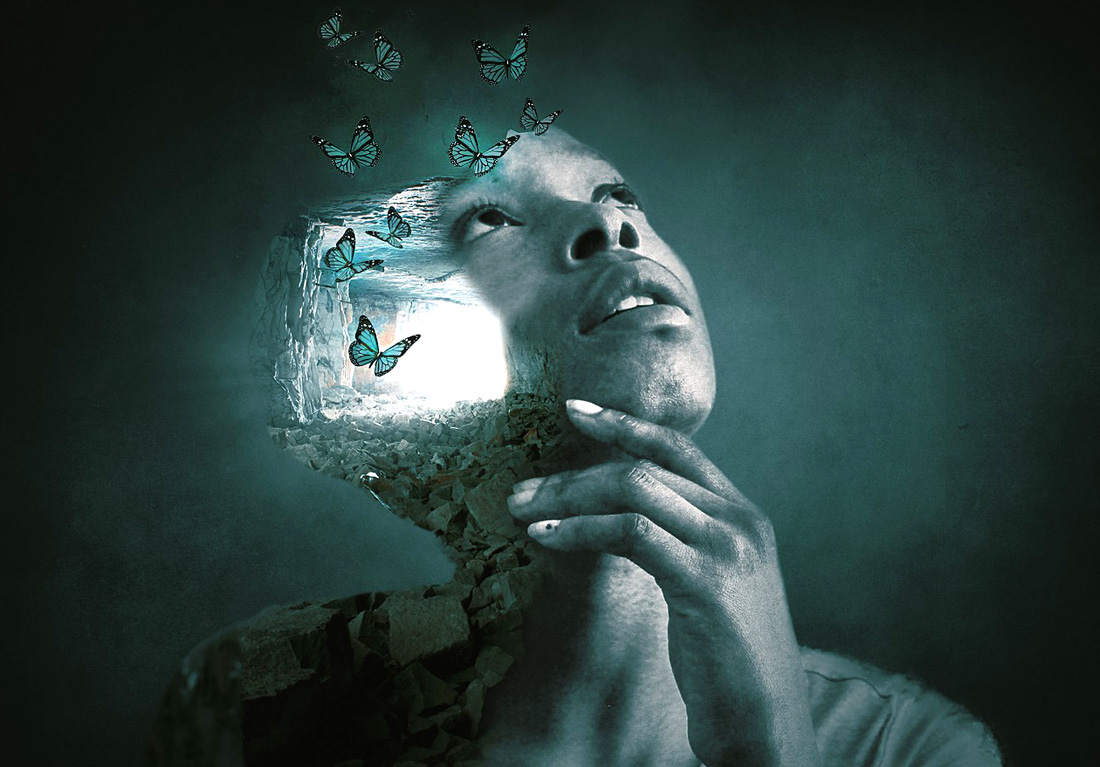 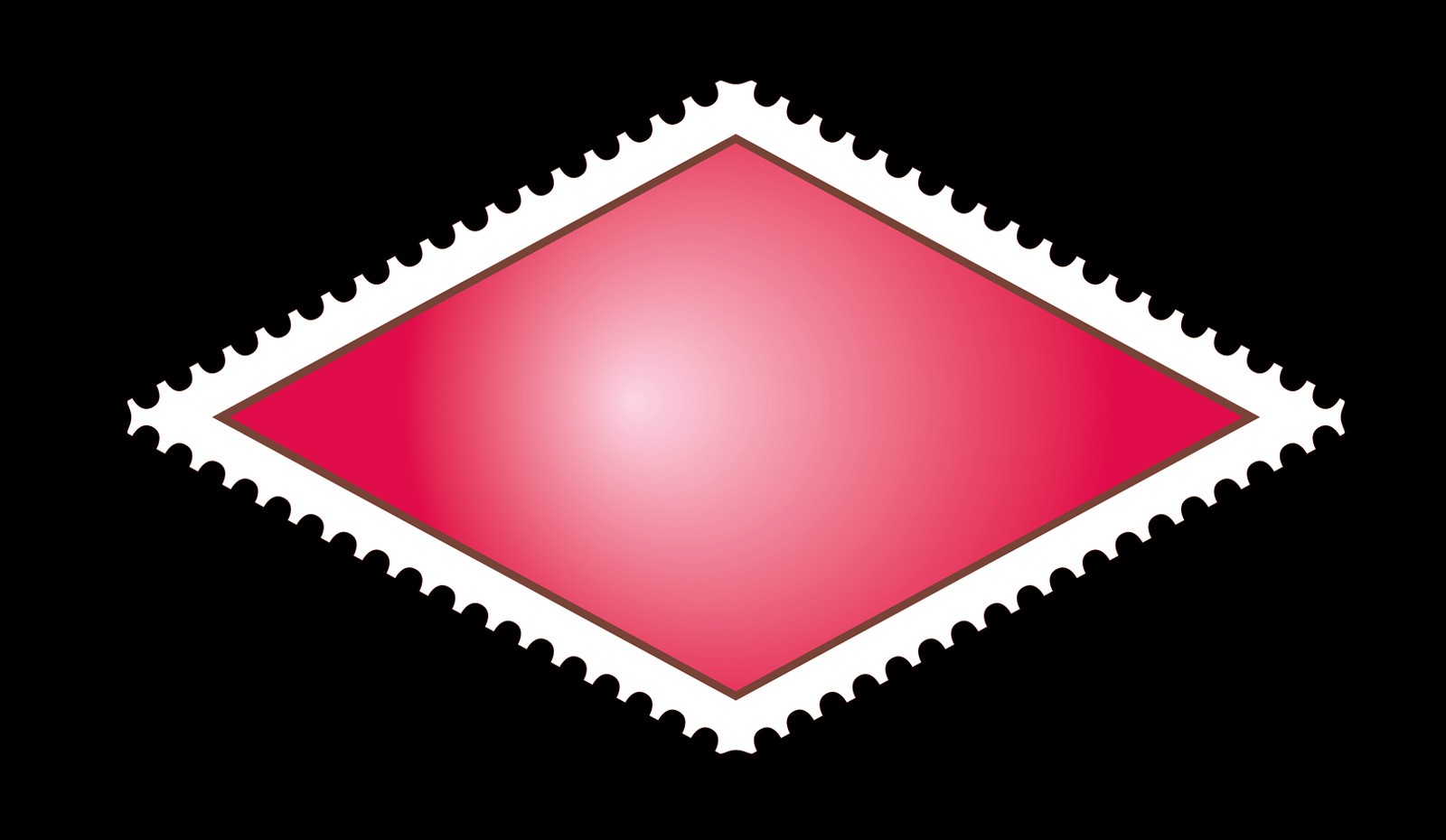 February 18, 2018October 4, 2020
Whats-Your-Sign.com (WYS) is a trusted Etsy affiliate & Amazon Associate. We also promote certain products we've tested and approved. As such, the website features sponsored products for Amazon or Etsy or other afiliates. Should you make a purchase from a link on this website, WYS may receive a small commission. This website also hosts advertisements. Please see our policy page for further information. Thank you for your purchases, as it contributes to keeping this website online and running.