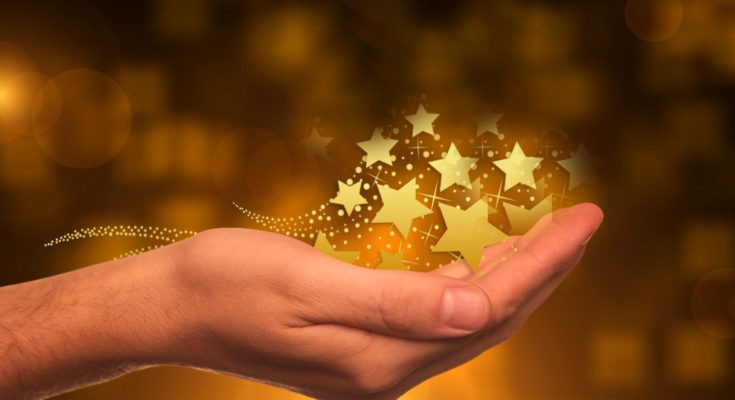 Good Luck Symbol Meanings: Since as long as we’ve been human we have sought out a good luck symbol to protect us from all manner of negative influences.

A good luck symbol of any kind is steeped in superstition, and tied to the psyche of mankind. This is because symbols of good luck are symbols of our own hopes, and indications that we are capable of fearing for our own safety.

There is no harm in adopting a symbol for good luck as long as we realize the power is not in the symbol itself. Rather, the “luck” is in the focus we give to the symbol.

To illustrate, If our minds tell us this good luck symbol will save us from stepping into a muddy hole – and we firmly believe this symbol will protect us from that end – the power is in the belief, not the symbol.

That said, enjoy a few of these good luck symbol meanings – adopt them in good health, and know that it is your own perception that leads to protection.

Acorn: During the Norman Conquest, the English carried dried acorns to protect themselves from the brutalities of the day.

Considered to be an emblem of luck, prosperity, youthfulness and power, the Acorn is a good luck symbol indeed! It also represents spiritual growth. Learn about oak tree symbolism here.

Caduceus: Used as a good luck symbol in Egypt, India and ancient Greece, this emblem was said to ward off sickness, quarrels, and bring peace to any situation.

The wings represent those on the feet of Mercury who was the messenger of all the Greek gods. The snake symbolism speaks of the balance between good and evil. See more info on the caduceus symbol here.

Shamrock and Clover: Specifically, the four-leaf clover is revered in Celtic myth for its emerald green hue and its vigorous growth. Each leaf symbolizes a different lucky characteristic: 1) Fame, 2) Wealth, 3) Love, 4) Health.

If you wear a lucky clover, your sweetheart will come to you, if you possess one, no evil can harm you, and if you dream of one you will live happily for the rest of your days. Click here for more Celtic symbol meanings.

Hand: A symbol of spiritual power, strength, domination, and protection. The Hand of Fatima (Muhammad’s daughter) is worn as a good luck symbol in Islam – each finger representing an attribute 1) Faith, 2) Prayer, 3) Pilgrimage, 4) Charity, 5) Fasting.

In ancient Europe, a handheld up was believed to protect against the “evil eye.” Talk to the hand! See also hand symbolism.

Horseshoe: Another ancient emblem used to ward off the “evil eye.” Common legend is that the ends must be pointing up (keeping all the good luck in).

There are theories that the magic of this symbol is in its shape – that of the horned moon. Then again, most are satisfied that the shoe protects the horse – must work for people too. See also horse symbolism.

Keys: Three keys worn together are said to unlock the doors of 1) wealth, 2) health, 3) love. The ancient Greeks used one key as a symbol for knowledge and life.

A gold and silver key crossed is a papal emblem of authority and translates to mean the “keys to the kingdom of heaven.” We see this demonstrated in the Hierophant card of the Tarot.

Skull: Mostly understood as a symbol of warning, the skull was often used by ancient cultures to ward off any type of evil influence or illness. It’s philosophically viewed as the seat of intelligence, spirit and the spark of human life.

Interestingly, the skull is also the remnant of the body that is the least resistant to decay – another sign of its strength as a symbol. Many primitive cultures believed wearing skulls would insure protection and well-being. Celtic skull meaning here.

Star: Legend claims this geometric symbol was designed by Pythagoras to represent perfection. It was also known as the Wizard’s Star in the Middle Ages and was worn as an emblem on clothing to represent the mysteries of the Universe.

The Lucky Star is such because in ancient times it was believed good fortunes were determined by the Stars.

I hope you found this good luck symbol page to be meaningful and helpful. Be sure to check out the in-site links at the end of this page for more lucky symbol meanings and more! Thanks for reading!